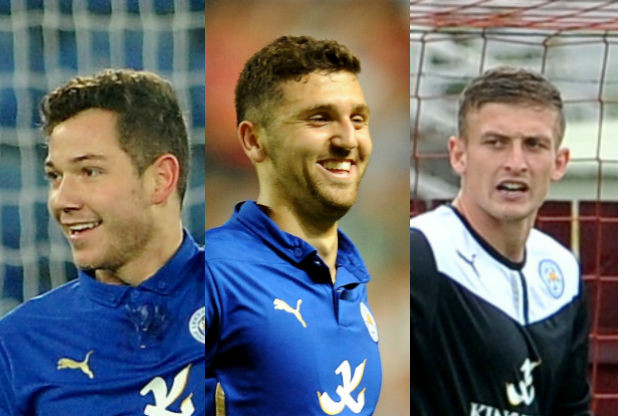 The players are James Pearson (manager Nigel Pearson’s son), striker Tom Hopper and goalkeeper Adam Smith. At one point during the video you can hear one of them call the girl a “slit eye” while the others laugh (geez mate — at least come up with something funny if you’re going to be racist):

Leicester City are shitting it now in case they’ve upset father and son owners Vichai and Aiyawatt Srivaddhanaprabha, who pumped millions into the club over the last five years and helped push the team into the Premier League (which they’ve just about held onto this season).

Tom Hopper, James Pearson and Adam Smith would like to convey their sincere apologies for their behaviour – to the women involved in the incident, to the club and its owners, to the club’s fans and to their families.

Yeah, it’s never good when you fly over to another county to “promote good will” and end up doing the exact opposite, but I guess these guys are all young enough where they’ll be forgiven and everyone can move on. Also I guess you could say this is a decent tourism advert for Thailand? No?

Suppose it’s a good thing they didn’t say it to the wrong Thai girl – that might’ve got messy.