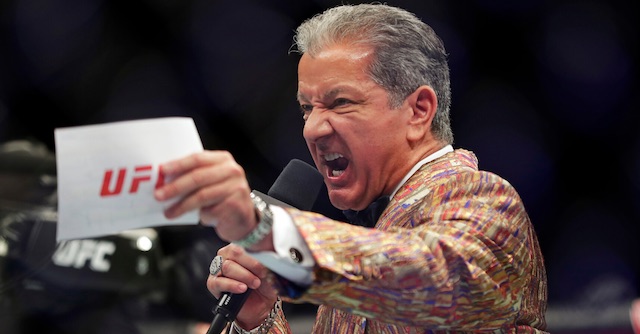 The Cameo app has slowly creeped into the global consciousness this year through its clever marketing campaigns and all the stupid clips that are going around from it, so much so that it’s probably now embedded there forever like other recent companies like Uber or Deliveroo that are just part of society now. Good work whoever’s behind it I guess.

Anyway this latest dumb clip from someone who paid a celebrity to do something for them comes courtesy of legendary ring announcer Bruce Buffer, who was allegedly given $299 by some dude to break up with his girlfriend Kaylee in his own inimitable style. Take a look at this and think to yourself ‘is this how I would want someone to break up with me?’

Imagine that this is how you learned that you were being dumped 😭 pic.twitter.com/nKdHxPzAVp

Lol. That’s pretty funny but I’ve gotta question the motives of someone who is paying $299 on a video like this with someone he’s about to break up with? Surely you wouldn’t want to spend that much money on someone you were kicking to the kerb, even if it is really funny?

Only options for me are that this was just a funny joke between the two of them and they weren’t actually breaking up, the guy was filming it for a viral video prank or that the guy is just a major shithead and wanted to do it for his own personal lolz. Either way the dude has more money than sense to be spending that much on something like this. Pretty cool if you can afford to do that though I suppose.

For more of the same, check out some of the Undertaker’s Cameo videos. Very funny.