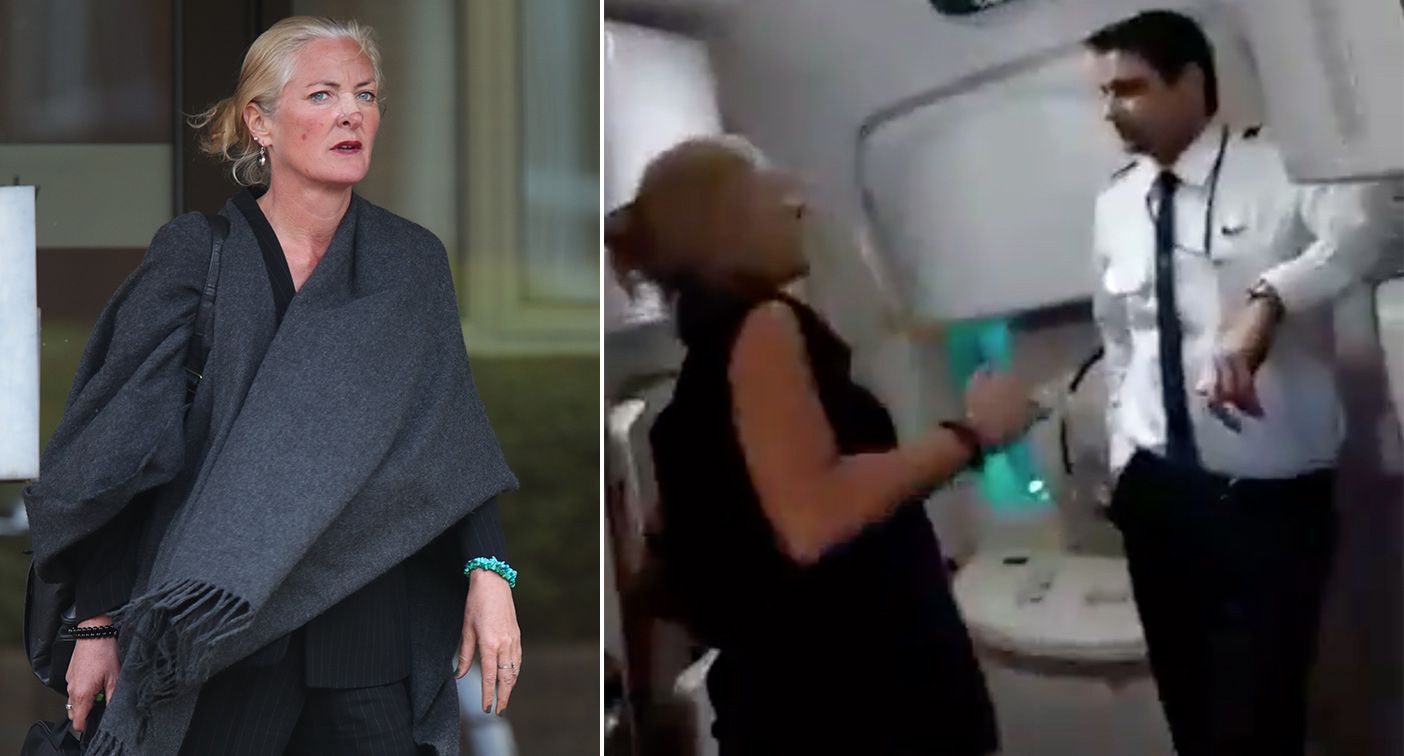 An international lawyer who was jailed for kicking off on a flight after being refused wine has been found dead.

Reports claim authorities believe Simone Burns, 50, killed herself after her body was discovered at the foot of Beachy Head cliffs in East Sussex last month – less than two weeks after she’d been released from prison.

A spokesman for Sussex Police told The Metro:

The body of a woman found at Beachy Head on June 1 has been identified as 50-year-old Simone Burns from Hove.

The death is not being treated as suspicious and the next of kin have been informed.

The matter has been passed to the coroner’s officer.

Apparently a close friend of Simone’s said her life had fallen apart after being convicted for the crime and was targeted by online trolls.

She originally made the headlines for an explosive rant on an Air India flight which was kickstarted when the cabin crew staff refused her a fourth small bottle of wine with her breakfast “immediately after take off”.

[Burns] got up from her seat and began swearing and shouting. She was shouting that she was a ‘f**king international lawyer’ and telling them to ‘f*** off”.

She shouted: ‘F**k Air India is useless, I will say what I want.’ She spat in the face of one of the cabin crew and grabbed their arm, abusing other crew members and passengers.

The passenger also smoked a cigarette in the toilets during the rant. When the flight landed in London, Simone was arrested and taken into police custody.

Those who come drunk on an aircraft and behave in such as way must expect a custodial sentence.

Simone was sentenced to six months in prison for being drunk in an aircraft and an additional two months for assault, with Judge Wood adding:

The experience of a drunk unrepentant irrational person in the confines of an aircraft is frightening not least on a long haul flight and poses a risk to safety.

To spit in a cabin crew member’s face at close range is insulting and upsetting. Another member of staff said in his 34 years of work he had never been treated that way by a woman.

For the passengers on that Air India flight it must have been very upsetting, especially with the language you used.

Seems like this woman had a drinking problem, not to say that it’s an excuse for the way she spoke to the cabin crew members whose jobs are hard enough as it is.

Still, RIP and thoughts go out to her family. It truly is a sad state of affairs for everyone involved.

For the blood-soaked passenger who had to be strapped down by cabin staff, click HERE.