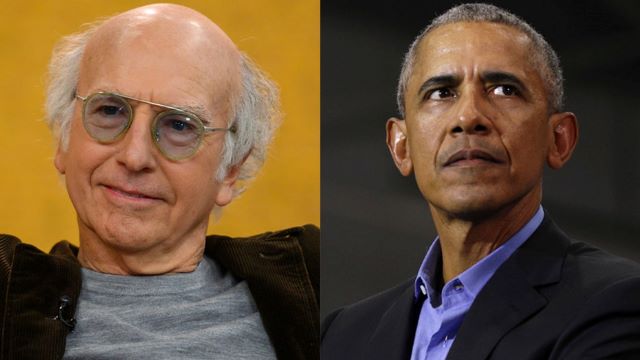 ‘Seinfield’ and ‘Curb Your Enthusiasm’ legend Larry David may be worth $400m, but even he gets lumbered with social obligations that he really doesn’t want to go to but knows he has to. Like Barack Obama’s birthday party, for example.

Just like the rest of us though, Larry David knows there’s no better feeling than being given an excuse to not attend an event that you never wanted to go to in the first place…

And this is why Larry David is one of us. He knows that going to a party is just something you have to get through, rather than look forward to. Especially something like Barack Obama’s birthday party! You just know it’s gonna be ultra formal with a bunch of very important and impressive people there, so you have to be on your A-game all night. Well it turns out Larry David didn’t even have to think up an excuse not to go because he was uninvited at the last minute. Now no one can be mad at him for not turning up! It all worked out wonderfully!

The best bit about this though is Larry David cheering and screaming “thank you! thank you!” to Obama’s assistant on the phone when he was uninvited. It’s like he was just uninvited from his mother-in-law’s Christmas party or something, not the birthday party of a former President of the United States. I would love to know the reason he was uninvited too, although I’m sure Larry David couldn’t care less what the reason is. He’s just happy to kick back, pour himself a drink and finish his crossword puzzle in peace. What a legend.

For the peak Larry David way in which Larry David comforted his daughter following her breakup with Pete Davidson, click HERE.