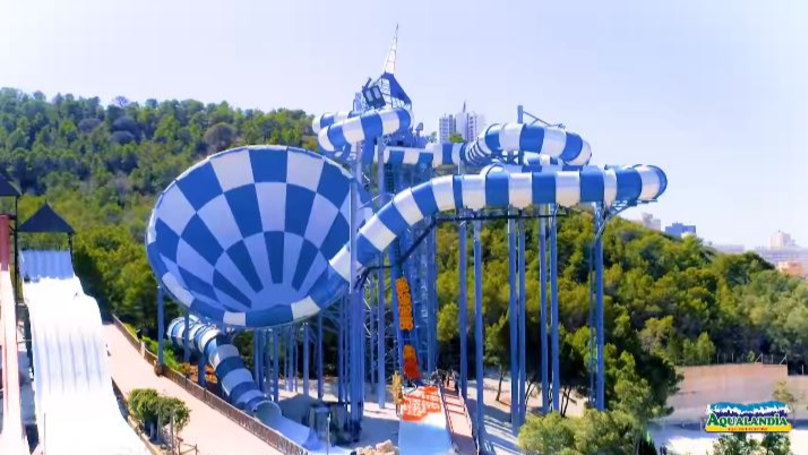 One thing that pretty much everyone all over the world can agree on is that waterslides are completely and utterly sick and now one of the biggest ones in the world has opened just a couple of hours away from England in Benidorm.

Now listen up because this literally sounds insane. Not only is the Cyclon waterslide 12 stories high, it also features a vortex tunnel, reaches speeds of up to 37mph and stimulates the feeling of zero gravity whilst you’re travelling down it. You’ll also be riding in a raft with three other people, which demonstrates just how massive and crazy this slide is going to be.

Not really sure how it manages to achieve any of this, but take a look at the video below to give you some idea of the carnage you’ll be facing if you decide to head down it:

I mean that wasn’t quite the epic ride promo that I thought it would be, but man it really does show how small you’re gonna be when you’re heading down that vortex tunnel/anti gravity chute/whatever it’s supposed to be. There’s no way it’s not going to be awesome, especially if you’re razzing it down the first bit at close to 40mph.

Just gotta figure out how to get to Aqualandia now. Admission is only something like £20 though, so that won’t break the bank when I get there. Might end up losing my shorts if Cyclon is as fast as it says it is though.

For more waterslides, check out the Royal Flush waterslide over in Texas. That looks like a lot of fun too.