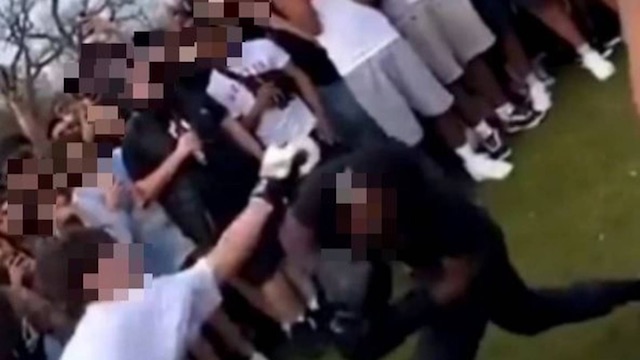 Just letting off some lockdown steam.

You’re now allowed to meet another household in a group of six in the park thanks to the new rules, but because everyone has been doing that for the past couple of months anyway, people are instead now doing dumb stuff like organising boxing matches in public spaces with massive crowds. Seems sensible.

The following clip was taken from Cannon Hill Park in Birmingham yesterday, where two men turned up wearing boxing gloves and decided to go at it in a bit of a sparring session. Obviously, this attracted a massive crowd and the footage ended up on Snapchat.

Does look kind of fun to be fair? I guess we should all probably remember that just because restrictions have been lifted slightly and the sun has come out and it’s a bank holiday weekend doesn’t mean that we should all go crazy because Coronavirus is still out there and a very real threat, but who am I kidding?

Everyone in the country is looking to go feral this weekend and nothing is going to stop it happening. Will probably be worth it to be honest, even if we do end up back in lockdown in September. Make the most of it I suppose.

For more of the same, check out this footage of a real fight breaking out in Nottingham on Monday. Everyone’s at it.