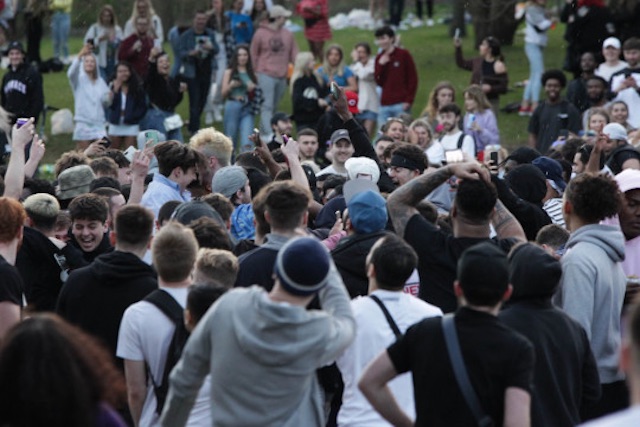 Back to normal service.

After the best part of three months, you were finally allowed to meet up with a few of your friends in the park yesterday – even though most of us have probably been doing it for weeks now – and so obviously a bunch of people decided to celebrate this fact by getting into a massive scrap.

We’re up in Nottingham for this one, where a things got a bit out of hand after hundreds of people all decided to meet up with their mates at the Arboretum in the city centre. Not really sure what kicked off the fighting, but you can see a video of it below where some people are pushing each other around and throwing their drinks at each other and generally being hairy:

Well, if there’s anything to illustrate that ‘nature is healing’ or whatever and that this country is getting back to normal, then it’s probably a bunch of pissed up idiots getting into a fight about absolutely nothing. Thank God it hasn’t taken that long for these familiar scenes to return.

Who would have known what we would have done without them? Feels so good to have them back so quickly – expect more to come this summer.

For more of the same, check out this drunk son attacking his dad on a livestream over his unpaid rent. Whoops.