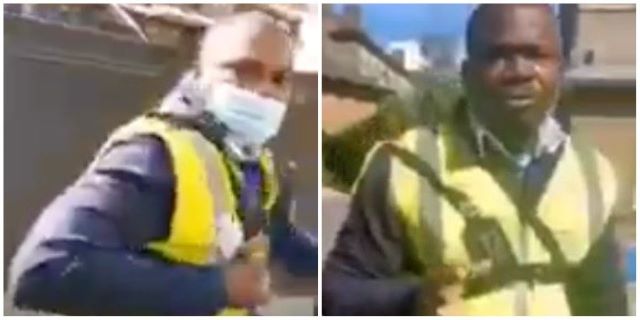 A married south London parking attendant identified only as ‘Jeff’ has gone viral after allegedly stalking and chatting up a 15-year-old schoolgirl, who then told her dad about it.

The dad turns up and confronts Jeff who starts saying very astute things like “Jesus, I’m finished” as he gets punched a few times and made to display his badge number:

Here’s footage of Jeff then being arrested with some added detail about what happened exactly:

No less than what he deserves. As if a grown man chatting up underage girls wasn’t bad enough, doing it while wearing a high-vis jacket is just next level stupidity. It’s a good thing this young girl had a good enough relationship with her dad to be able to tell him exactly what was happening, and fair play to the dad for showing restraint where others may not have.

As for what happens to Jeff now, my guess is he’ll lose his job immediately, and then maybe his family and freedom to boot? Either way, I think he’s got a few things to ponder.

To watch a grown man in the States approach a teenage girl while she was livestreaming and try to befriend her, click HERE. Too frequent an experience for young girls around the world.