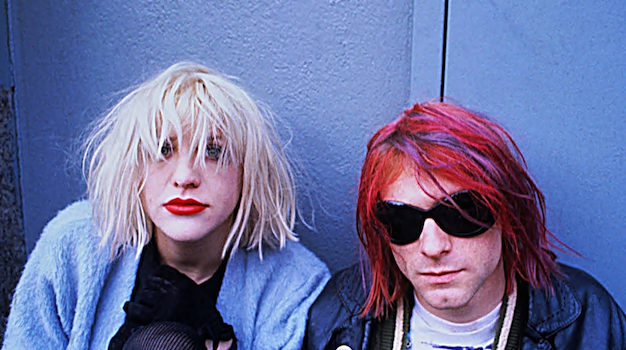 Let’s put it this way – it doesn’t do Courtney Love any favours.

As we told you recently, the Seattle police recently released loads of photographs from the scene of Kurt Cobain’s death for the public to see, and now they’ve gone one better by revealing the contents of a handwritten note found in Kurt’s wallet talking all about Courtney Love.

Here’s what it says, which is kind of ambiguous: ‘Do you Kurt Cobain take Courtney Michelle Love to be your lawful shredded wife even when she’s a bitch with zits and siphoning all yr money for doping and whoring…’

It’s cool to notice that he says yr for your before the internet existed though and the abbreviation wasn’t really used that much. At least I don’t think it was, I wasn’t up on cool ways to write stuff in 1994.

The note doesn’t really do anything to prove/disprove the theory that Courtney Love killed Kurt, although it clearly seems to contradict his suicide note in which he calls Courtney a ‘goddess of a wife who sweats empathy and ambition.’ Will we ever find out the truth about what happened that night? Unlikely.

There’s a picture of it below, although it kind of looks like it says something underneath all that too, which annoyingly hasn’t been revealed. Probably the key to solving the mystery or something. 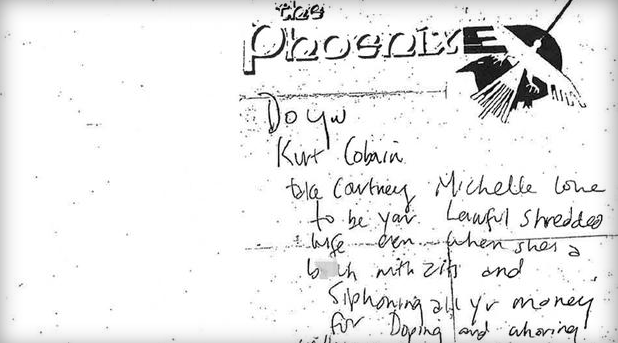