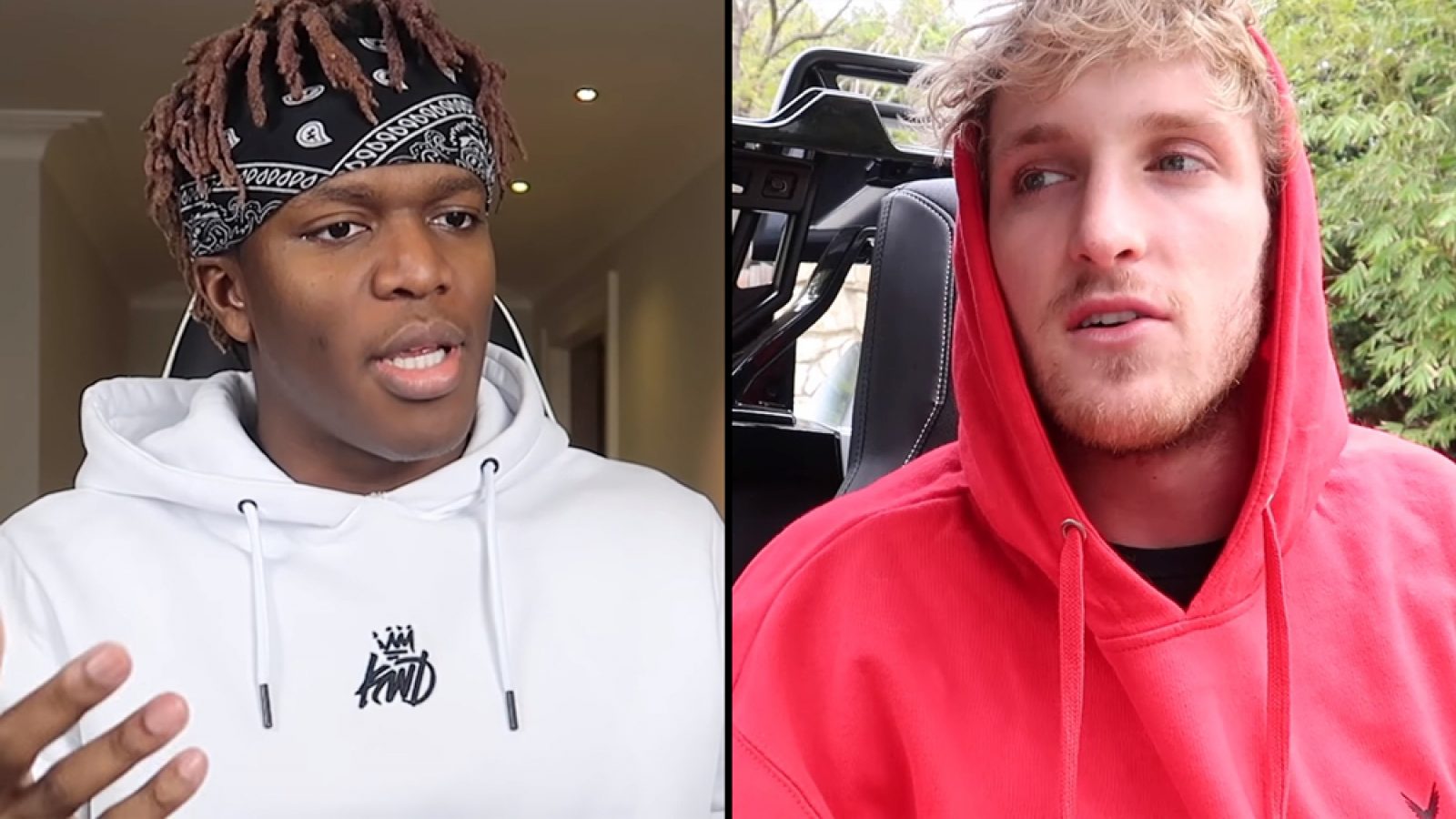 What the hell is up with this guy?

Whenever you see the name Logan Paul trending, you can pretty much guarantee that he’s going to have done something that only a complete dickhead would do and this time was no exception.

I don’t really get the beef between KSI and Logan Paul, but I know that they had a boxing match last year and apparently don’t like each other (although are both making millions of dollars from their feud so who knows?) and this story is a continuation of that. KSI’s brother Deji recently appeared on Logan Paul’s Impaulsive podcast, despite KSI imploring him not to and KSI decided to make a video detailing his feelings surrounding this and the beef that is currently consuming him and his brother.

KSI said during the video that he didn’t want to make money off videos like this and would instead be keeping all the adverts on and donating the revenue to suicide prevention charities, but because he had used a clip from the podcast in the video, Logan Paul decided to claim the video as his own. This means that the ads won’t show up until the claim is settled and the video could be removed in its entirety – either way it’s gonna mean the charities that KSI was planning on donating to are going to take a serious hit and it’s a serious dick move made no better by Logan’s response to it: 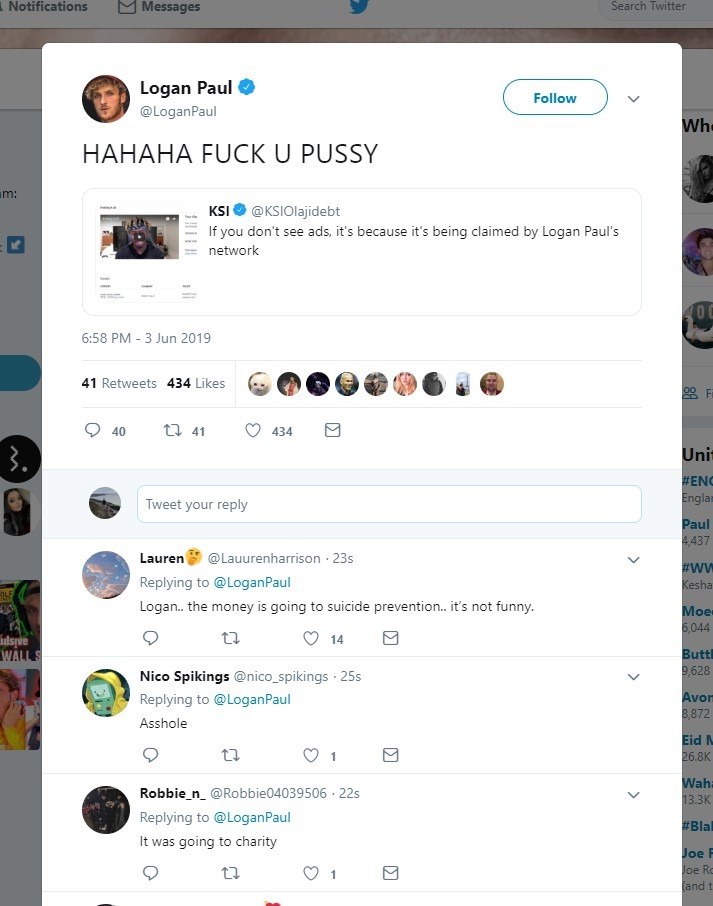 Er yeah dude that’s not such a great look. Once he realised the dick move he was making, though Logan was quick to retract his original statement. Well, kinda: 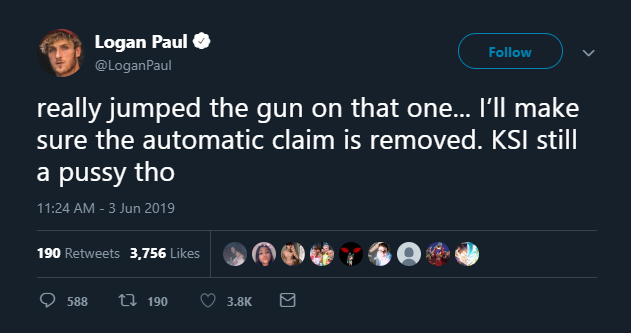 Not really so great either is it? Pretty questionable whether it even was an automatic claim too, and it’s even worse when you consider Logan Paul’s major faux pas when he went to the suicide forest last year and filmed a dead body. Will this guy ever learn?

Sadly, probably not and the fact is that he makes so much money and YouTube so much money that it’s probably never going to change anything either. Guess we’re stuck with him for the rest of our lives. YouTube is weird man.

For more of the same, check out when Logan Paul almost died when his parachute failed to open. Would have been cool.