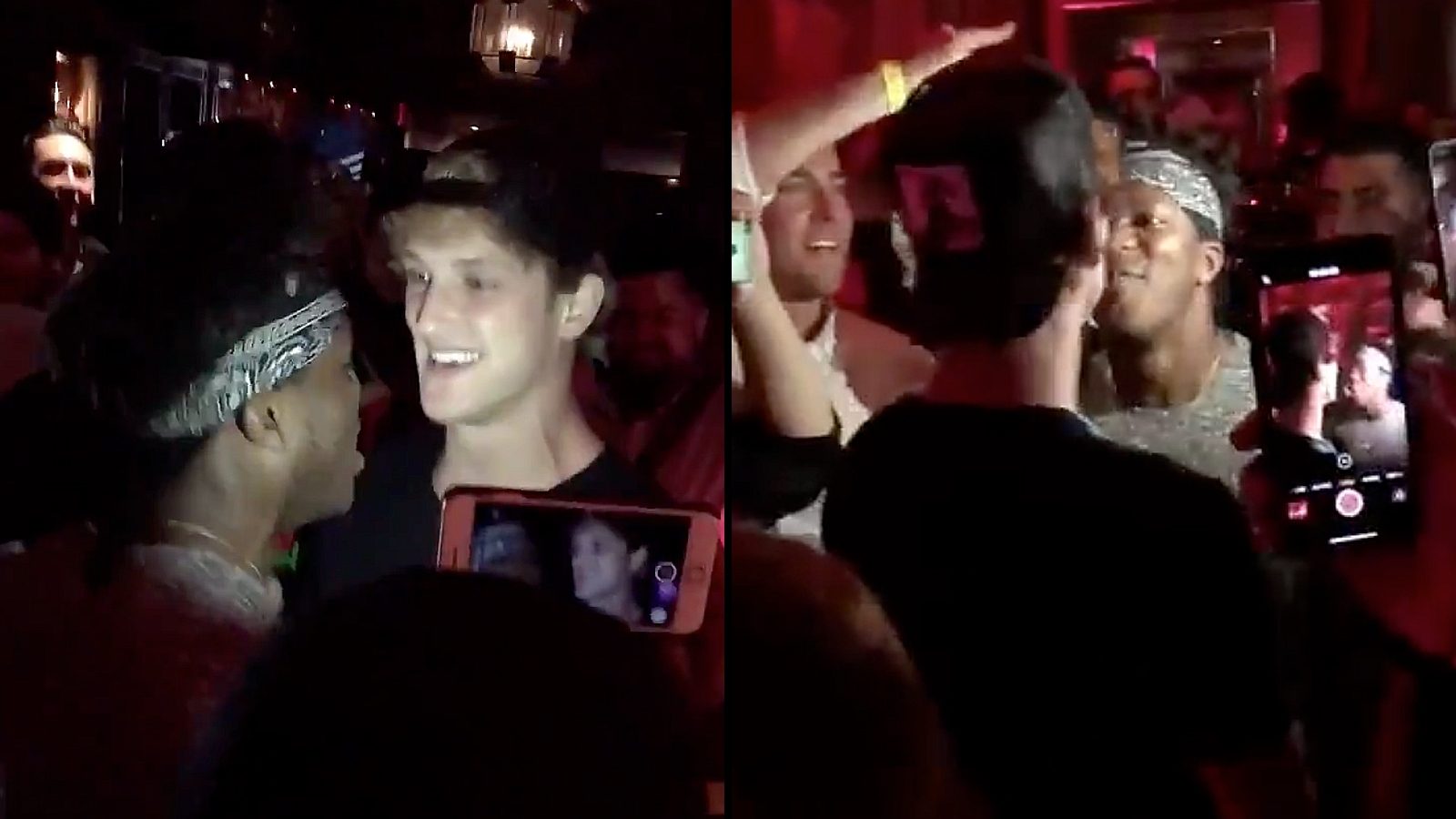 One of the biggest and most popular names on YouTube, KSI, is set to take on disgraced (but also massively popular) YouTuber Logan Paul in a charity boxing match on August 25th, and it seems both guys are taking the opportunity for bragging rights very seriously.

KSI impressed in his boxing match against fellow YouTuber Joe Weller earlier in the year, and now looks to completely smash up someone who only a few months back became the most hated man on the internet after vlogging a dead body in a Japanese forest.

Have to say though, judging by this killer left hook Logan Paul threw in training, KSI has his work cut out for him:

That’s alright though, because KSI has been training with Floyd Mayweather Sr for months:

He’s even got Dana White and all the UFC guys backing him:

Well anyway, things got a little heated when KSI and Logan ran into each other at an E3 party in LA on Wednesday night.

A couple videos show the two of them squaring up and saying disparaging things about each other’s mothers, amongst other things:

Not only are these two going at it, but their two siblings (Jake Paul and Deji respectively) will also square off. Here’s the poster for the press conference which takes place this week: 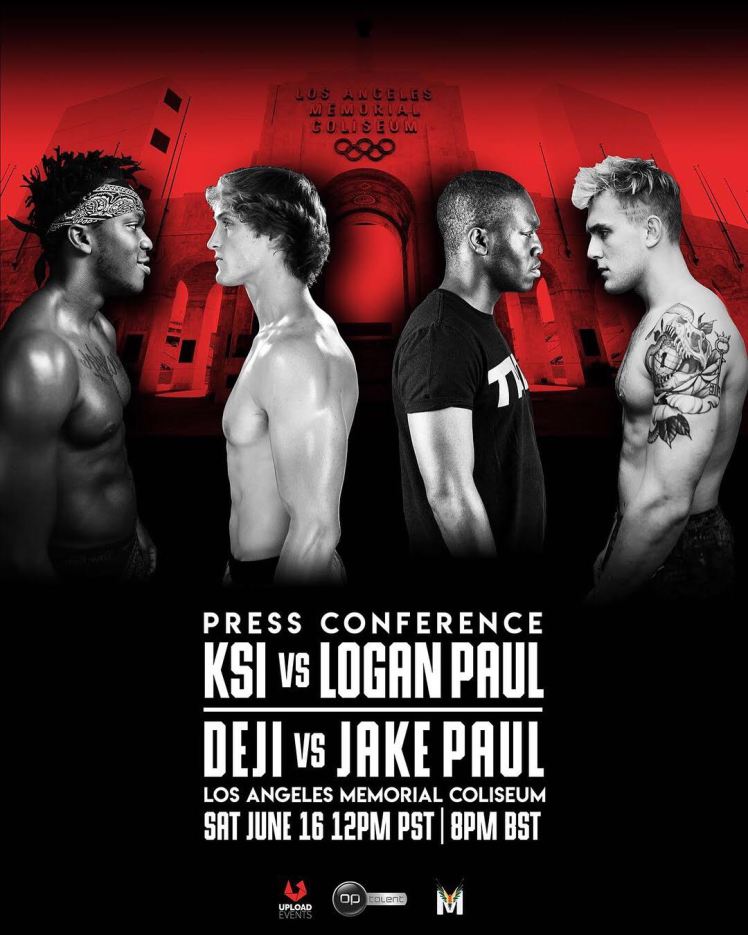 The fight itself isn’t until August 25th.

Our money’s on the hometown hero – KSI.

For the time Logan Paul almost died when his parachute failed to open, click HERE.