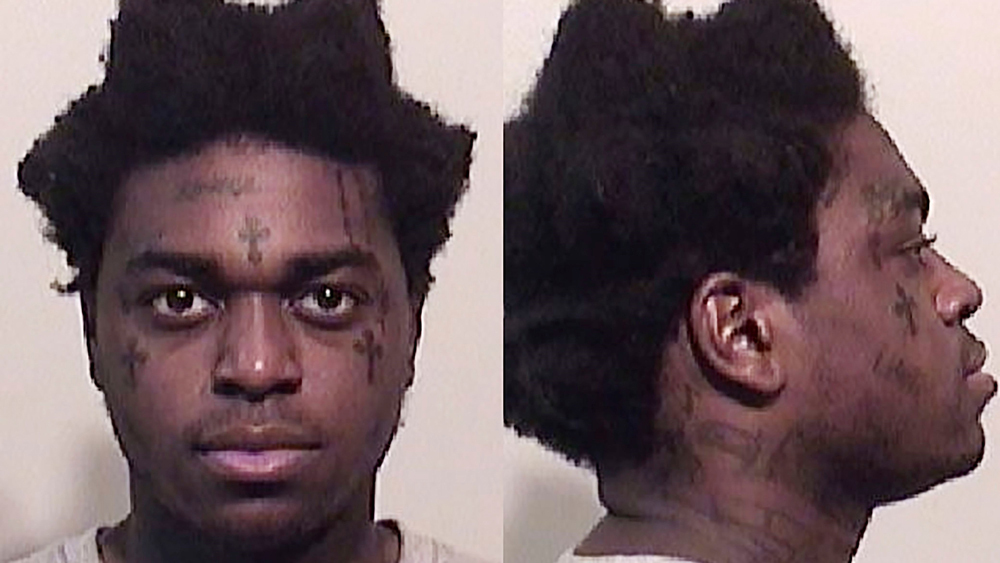 Only a few months ago Lisa Simpson-lookalike rapper Kodak Black was arrested for ‘accidentally’ following his GPS across the Canadian border with a car full of guns and weed.

You’d think that was when the man hit peak stupidity, but he’s well and truly outdone himself after being sentenced to four years in prison this week for lying on a background form to purchase even more guns. Yup, the gangster rapper with the criminal record who is constantly in trouble with the law thought it would be a good idea to lie on his gun application form. What an utter moron.

The 22-year-old rapper pleaded guilty to lying on a background form when he purchased handguns back in January. Kodak lied again in March when he attempted to buy more guns. He also ran into trouble during his stint behind bars while awaiting sentencing. During the court hearing, prosecutors revealed that Black had beat up a prison guard.

Before his sentence was handed down, Kodak accepted responsibility for his crimes. “I’m sorry for the actions that led me for where I’m standing,” said the artist, who grew up in Pompano Beach’s Golden Acres housing development. “I do take full responsibility for my mishap.

Imagine being a relatively successful 22-year-old rapper with the world at your finger tips and completely cocking it up like this. He knew he wasn’t legally allowed to own any firearms and yet thought he could just lie on the application form and no one would look into it.

I mean what did he think was going to happen? That they weren’t going to do checks on his application? He’s a convicted criminal who looks like the dodgiest dude ever:

If they had a million applications and were only allowed to do checks on one, it would probably be his. Just astounding that he thought there was a chance he would get away with it. OK I get that he’s an idiot but come on, even an idiot would be smart enough to get their friend to fill in the application or something.

So now he’s going to jail for 4 years and it’s impossible to feel bad for him, because he’s actually a pretty terrible person:

Black allegedly got into an altercation with a prison guard since being in jail.  According to reports, prosecutors said Kodak was under the influence of an unknown substance when he assaulted an officer, beating him in the face and groin so badly that the guard ended up in the hospital with a hernia.

The judge ultimately decided that the violent dispute couldn’t be factored into the sentence Kodak was to be given.

Kodak also has other pending criminal cases. One involves the 2016 alleged sexual assault of an adult aged high-school female in Florence, South Carolina. Another involves drugs and guns and that were found in Kodak’s car as he and his entourage crossed into Canada for a show last April.

What a doughnut. Oh well, have fun in prison.

You know who’s almost as dumb as Kodak? The rapped named Jun Jun who was arrested after threatening to shoot up his uni campus. Smart.