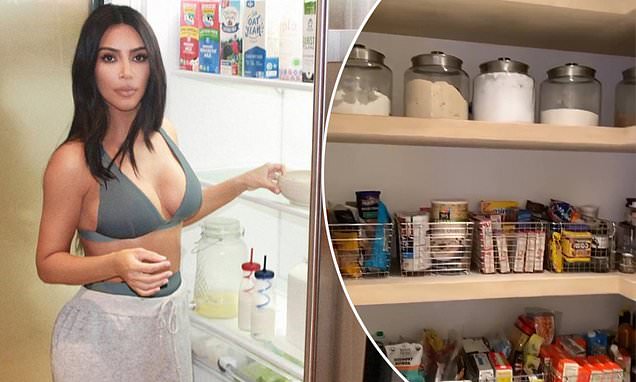 I wonder if they ever order Chinese.

When you’re as rich as Kim Kardashian and Kanye West people expect you to have a lot of food in your house, but somehow people are still sucking off Kim & Kanye after the former gave a tour of the walk-in fridge in their mansion.

didn’t know i needed to see a tour of kim kardashian’s WALK IN fridge pic.twitter.com/RAbq2J87dm

Kim Kardashian has a whole ass froyo machine in her pantry and walk-in fridge pic.twitter.com/1Sk7Qc2SlM

Rich people have nice things? Shocker. Kanye and the Kardashians are millionaires and billionaires who have people to do all their shopping and cooking for them. Why would they have anything less than this? If anything I was actually expecting a bit more after seeing all the hype on Twitter.

I mean it’s really not that impressive when you consider Richie Rich got his own McDonald’s in his house:

Organic broccoli and a yogurt machine or unlimited McChicken nuggets and McFlurries whenever you want them? It’s a no-brainer. If I was Kim & Kanye’s children I’d be asking some difficult questions right now. Where’s the pizza and the ice cream and the Capri suns? All I see is basic, healthy fruit and veg.

Also why do all the kids drink a different type of milk? And did Kim really say she’s “building organic trees”?