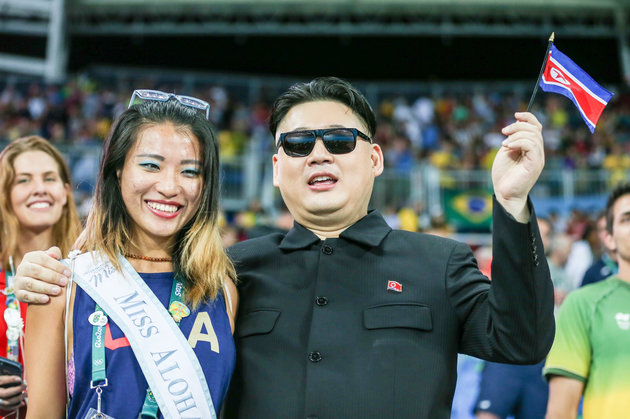 A lookalike of Korean leader Kim Jong-un has been spotted at the Rio Olympics, enjoying the games in the sun and waving around a North Korean flag.

Not sure that the Korean athletes would be happy to see him though as they may face punishments if they return with less medals than expected – ouch! One silver medalist was even unsatisfied with second place and publicly apologised to Kim for not taking home the gold (there’s just no pleasing some people). 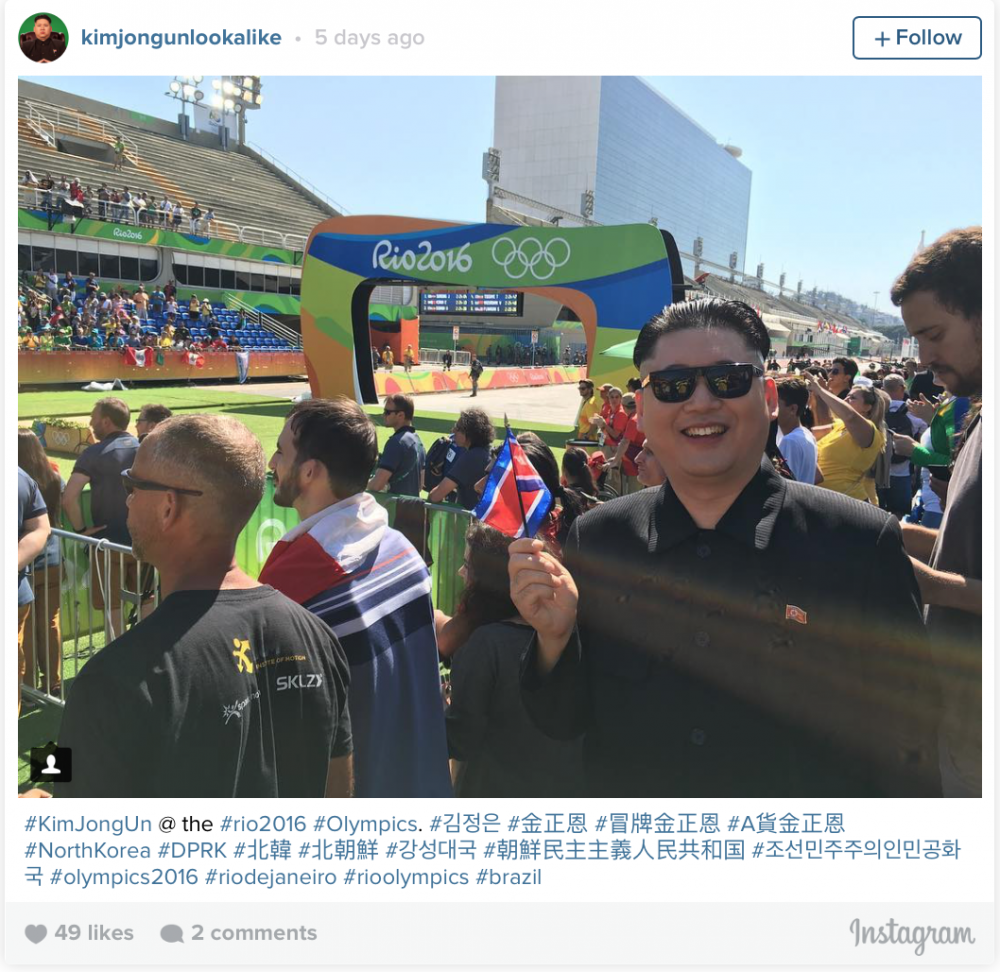 But no fear – it was actually a lookalike named Howard. He said that after his resemblance to the leader was repeatedly pointed out to him he thought, “Maybe I should get dressed up and do some gigs with it”. Fair Play. 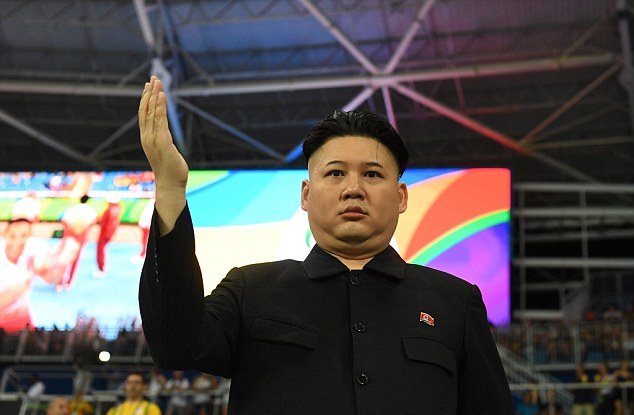 Hmm. It does look like the old Kim, although maybe not so much now that Kim Jong-un has ballooned to 300 pounds.