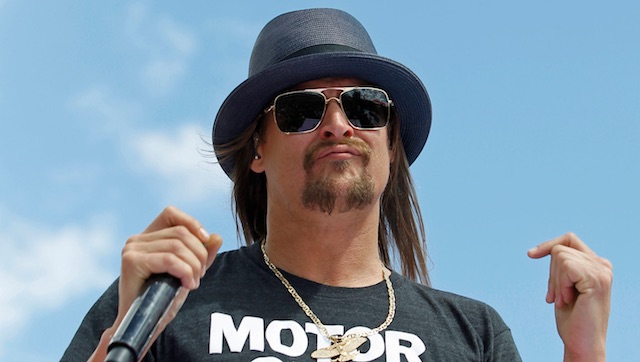 Kid Rock is somewhat of a controversial character given his outspoken views on Trump and the fact that he’s pretty much a glorified redneck, so it’s not really that surprising to hear that he’s been filmed once again using homophobic slurs.

Kid was performing at FishLipz Bar & Grill in Smithville, Tennessee on Saturday night when he became agitated at people filming him with their iPhones. He voiced his displeasure at this and told the crowd that they could suck his dick before labelling them all as ‘faggots’, which is probably one of the most Kid Rock things I think I’ve ever heard him do.

You can check out that footage below:

Oops. Again, I don’t really think it’s that surprising that Kid Rock is hanging around spouting crap like this given his reputation and I doubt that anything’s even going to happen to him because of it as the people that like his music are probably the same kind of people that think it’s OK to use those kinds of words in everyday conversation. Bawitdaba assholes.

For more of the same, check out this guy who was arrested at Kid Rock’s restaurant for swinging his colostomy bag at the cops. See what I mean about the kind of weirdoes the guy attracts?