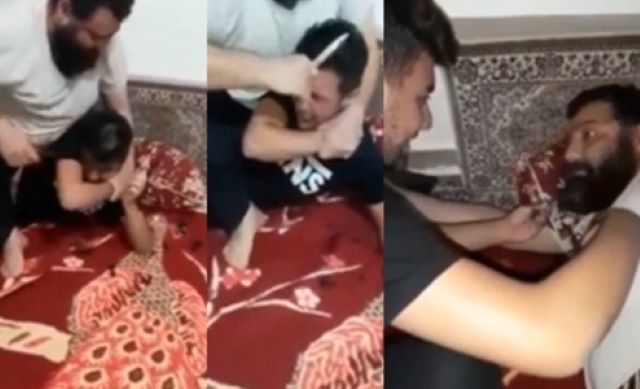 He won’t be trying that again.

If your dad was the type of person to physically annihilate you for attempting to cut his beard while he was asleep, you’d think that was something you would know about him, and act accordingly.

For this kid over in Tehran, Iran, I guess the prospect of going viral was too much to pass up. And go viral he did! But not for the reason he was expecting…

Wow, talk about your all-time backfire. Slapped him straight into the fetal position, then stuck him in a headlock and reversed the prank on him. Again, how does he not know his dad well enough to think this was worth the effort? How does anyone think it’s a good idea to mess with a grown man who sleeps on a carpet on the floor?

I did consider this might be staged for a second but watching it back, there’s just no way those smacks were faked. Should have ran for the hills as soon as his dad woke up like Thanos. Or better yet save the pranks for a family member who won’t exact instant revenge in the most dominant and emasculating fashion. Dad 1, kid 0.