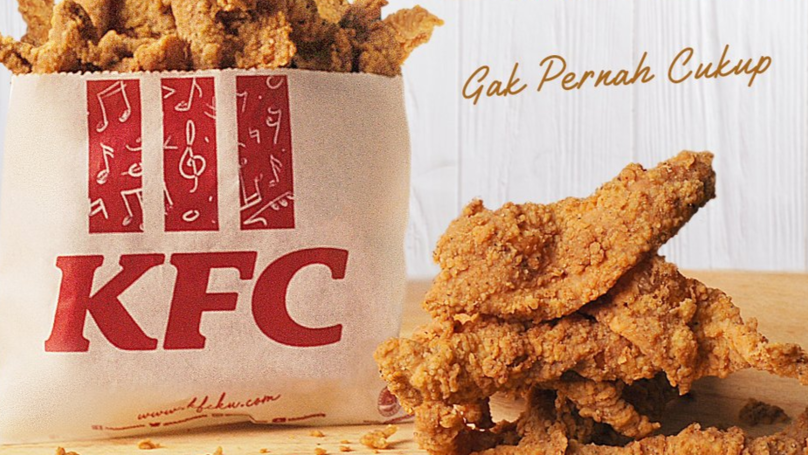 Everyone knows that the best part of KFC is The Colonel’s secret recipe of herbs and spices that gives it that Kentucky Fried flavour, but I don’t know how many people out there would want to just eat the skin of the chicken for its flavour and not tuck into the juicy meat underneath it as well?

I wouldn’t have thought that many people would have been interested in this, but over in Indonesia they reckon that there’s such a big market for it that they’ve actually gone and started selling the chicken skin without the chicken in them in the form of chicken skin fries. They’re literally pieces of chicken skin shaped into fries that you can buy for roughly 76p over there.

Not sure how I feel about these. On the one hand I think they sound kinda cool and I love the flavourings on KFC chicken skin, but on the other hand I’ve had a bunch of mozzarella sticks from TGI Fridays without any mozzarella in and they’re not really that dope. It’s a really weird feeling biting into nothing but air, so I’m not really sure these are actually going to be that good.

I’ll reserve judgment until I try them, but as they’re only available in Indonesia I feel like that might be quite a while. Damn.

For more KFC, check out this couple having their wedding reception in KFC and it only costing £100. Wow.