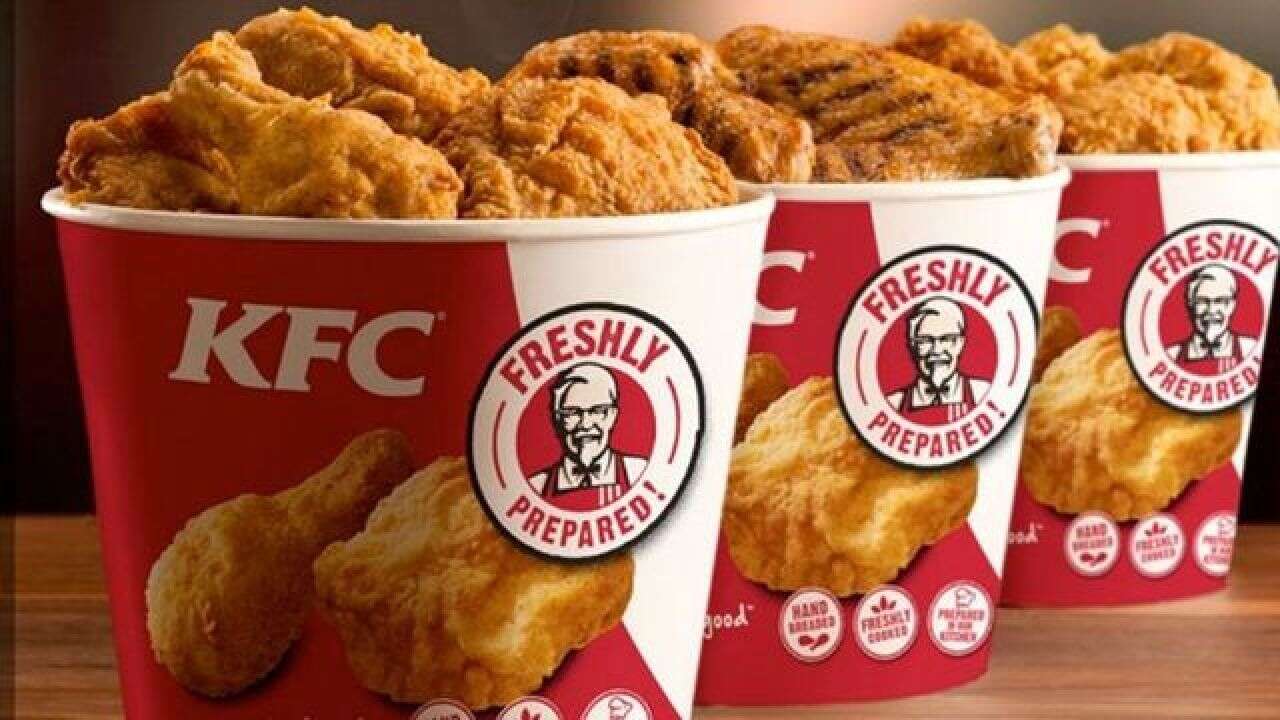 I’m pretty sure KFC has been available for a couple of weeks now, but the fast food restaurant has wasted no time on coming out with one of their biggest promotions ever to try and get them back to the forefront of high street eating by offering one lucky superfan free fried chicken for a year – as well as a couple of other perks.

The competition was announced yesterday to coincidence with National Fried Chicken Day and the winner will not only receive that awesome supply of fried chicken, but also a spot in the KFC Hall Of Fame as well as a one of a kind KFC ceramic bucket with their face on it. A prize that money really can’t buy hey?

You’re gonna have to really pull it out of the bag to win the promotion though, as you’ll have to send a poem or a song or a rap or your Colonel Sanders tattoo to the KFC Facebook page and post it there under the Bash The Entertainer video in order to prove just how much you love it. Here’s the full blurb:

There are no limits to prove your love for KFC’s crispy, golden chicken… be as creative as possible; whether it’s a poem, a short video or a selfie in the drive-thru, the choice is yours. No entry is too big nor too small in the Colonel’s eyes.

Yeah although that prize is tempting I’m not sure if it’s really worth it if it means that a video (or worse) of me celebrating how much I love KFC is gonna be out there on the internet for the rest of eternity and anyone will be able to view it? Probably gonna hard pass this one, but good luck to anyone out there trying out. Sure to be some completely ridiculous entries.

For more of the same, check out this secret KFC chicken nugget burger from last year. Awesome.