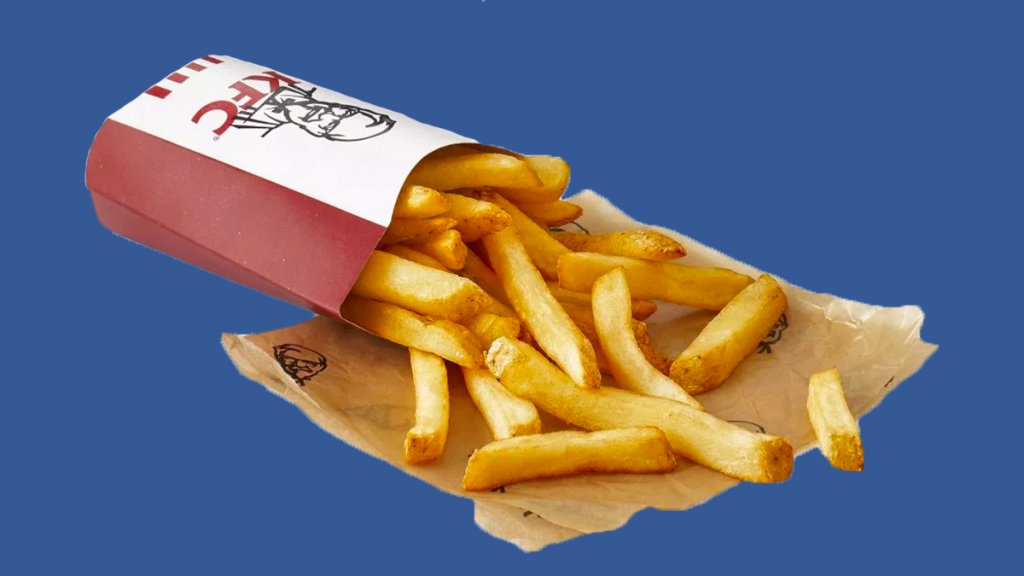 KFC is known for having notoriously awful chips in comparison to pretty much every takeaway you could compare them to – they’re always soggy and damp and always taste like they’re really old and they’re way too potatoey because they don’t even have any salt on them. Sometimes I don’t even eat them all, which is really saying something.

Despite the fact that they’re almost universally loathed though, I never thought KFC would actually do anything to change their fries. It just kinda felt like a staple that would never ever change because they had just been that way for so long.

Turns out someone was listening at KFC though and they’re developing a completely new kind of fry that will be available in all KFCs nationwide from Monday November 19th. They’ve also taken the weird angle of promoting this fact by highlighting a bunch of people saying that their old fries were crap in their marketing campaign. Get a load of these screenshots:

Ok this is correct but why is kfc promoting it? Plus if you like kfc chips you're wrong pic.twitter.com/Bq16xEhuOC

You told us no one liked our fries.

So new ones are coming soon. 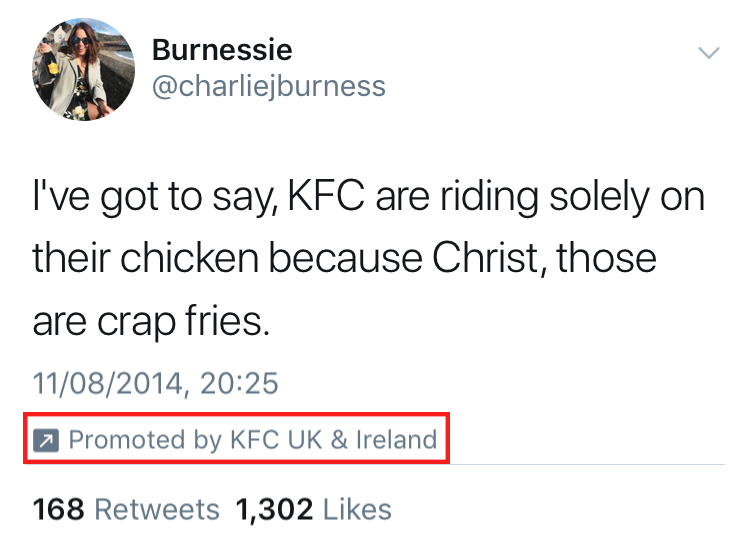 I mean that is pretty smart I suppose. It’s gonna get people talking isn’t it? Here’s what the official press release about the new fries said as well:

KFC has seriously stepped up its game with a thicker, chunkier and tastier spud.

Those tweets took a matter of moments to write, but they’ve lingered long and heavily in our hearts.

Instead of crying into our (soggy) fries, we’ve decided to take action. Radical, potato-fuelled action. KFC tested virtually every type of potato and cut to find the perfect variety.

As well as standing taller and wider (all the better for dipping with), the whole spud is used with the skin left on for a natural, rustic appearance and amazing taste.

I mean these sound like they should be good and definitely an upgrade on the current crap we’re getting from KFC. Excited to try them out in a couple of weeks.

For more KFC, check them out launching meat free chicken fairly shortly in the UK as well. Big changes going on there.