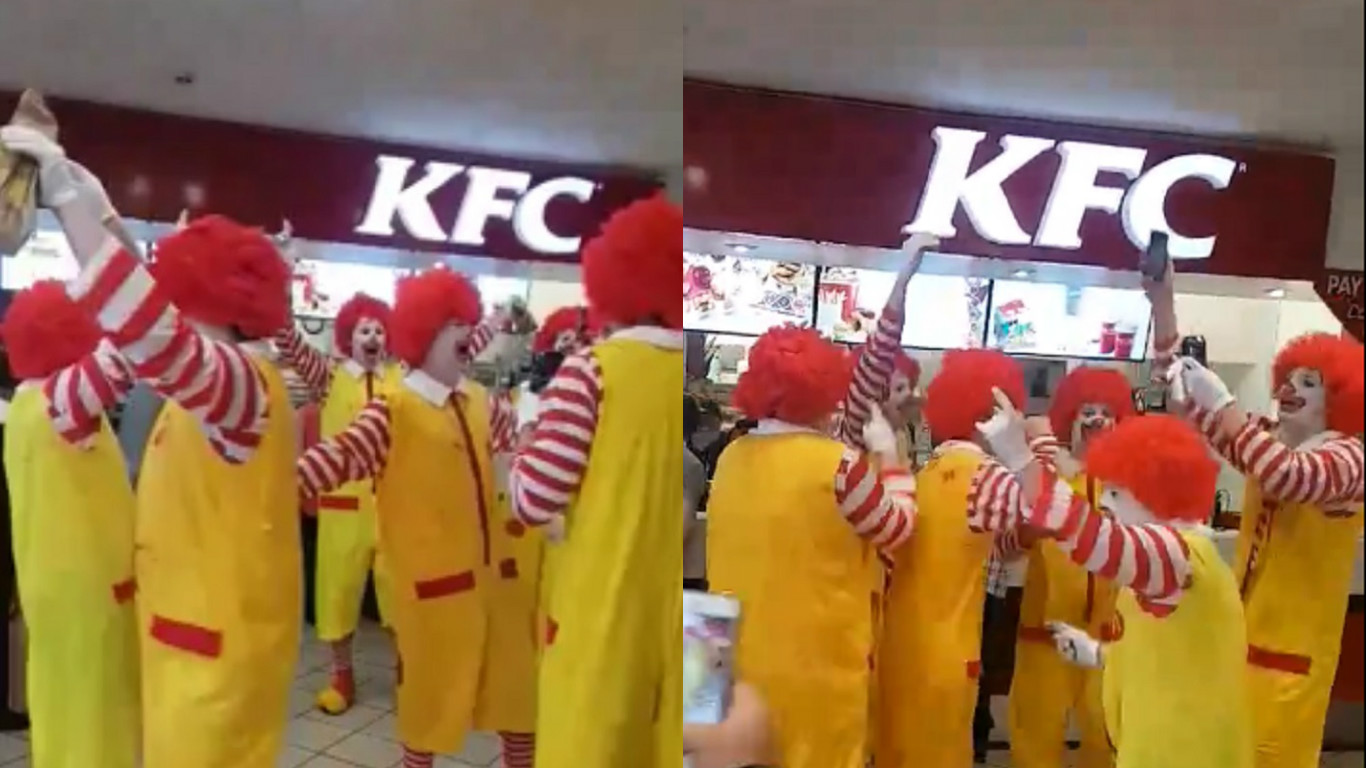 The rivalry just got serious.

There’s always going to be stiff competition between the main fast food outlets – such is the nature of the free market.

McDonald’s and KFC are up there as two of the biggest, so it’s understandable that they’ve probably got a bit of market rivalry going on. This came to a head over the weekend when a group of people decided to fight Maccy’s corner by dressing up as Ronald and heading over to their local KFC branch.

As you can tell by the video, the Maccy’s vs. KFC turf war was pretty hilarious in real life due to the fact that a) the Ronalds were all wasted b) the Ronalds were shouting football chants and c) it was all clearly a bit of a laugh. Thankfully Racheal Brant from Gosport was at the services and managed to get a clip of the group:

Amazing. Although it does leave the whole battle on a cliff hanger. Question is, are you team Maccy’s or team KFC? Depends whether you’re into Big Macs and Chicken McNuggets or southern fried chicken and chips.