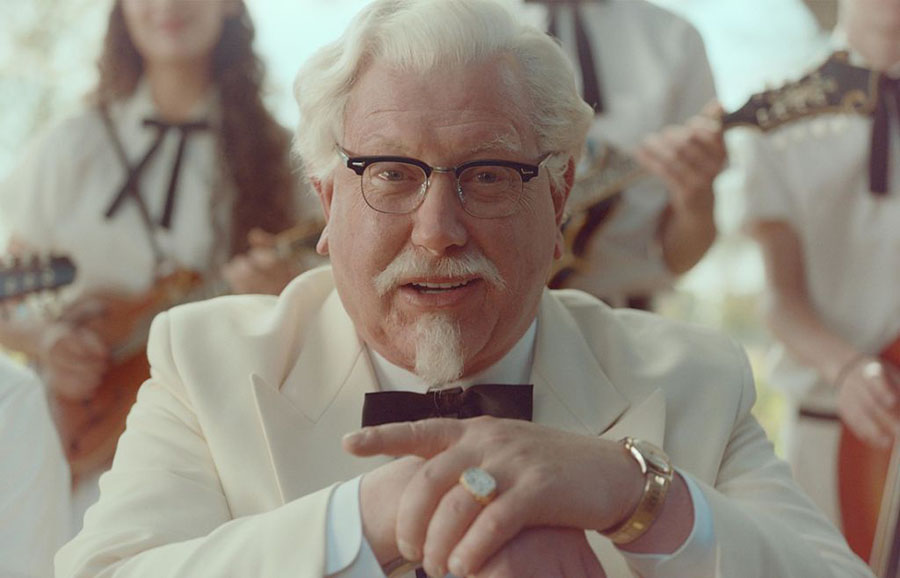 Now THIS is how you bring back a mascot.

Now THIS is how you bring back a fast food mascot. Not like the new super lame Hamburglar who McDonald’s debuted last month:

Perfect. That’s all you want out of a mascot. He’s funny, he’s weird, he can sing, he carries buckets of KFC around with him wherever he goes… most of all he’s completely reminiscent of the old Colonel Sanders. They didn’t completely do away with him the way McDonald’s replaced the sneaky fat Hamburglar with a chiseled family man who no one believes would ever devote his life to stealing hamburgers. We need to believe in our fast food heroes and Colonel Sanders makes us believe.

Arguably not as good as the 1967 Colonel Sanders who featured in the most terrifying KFC advert of all time though.