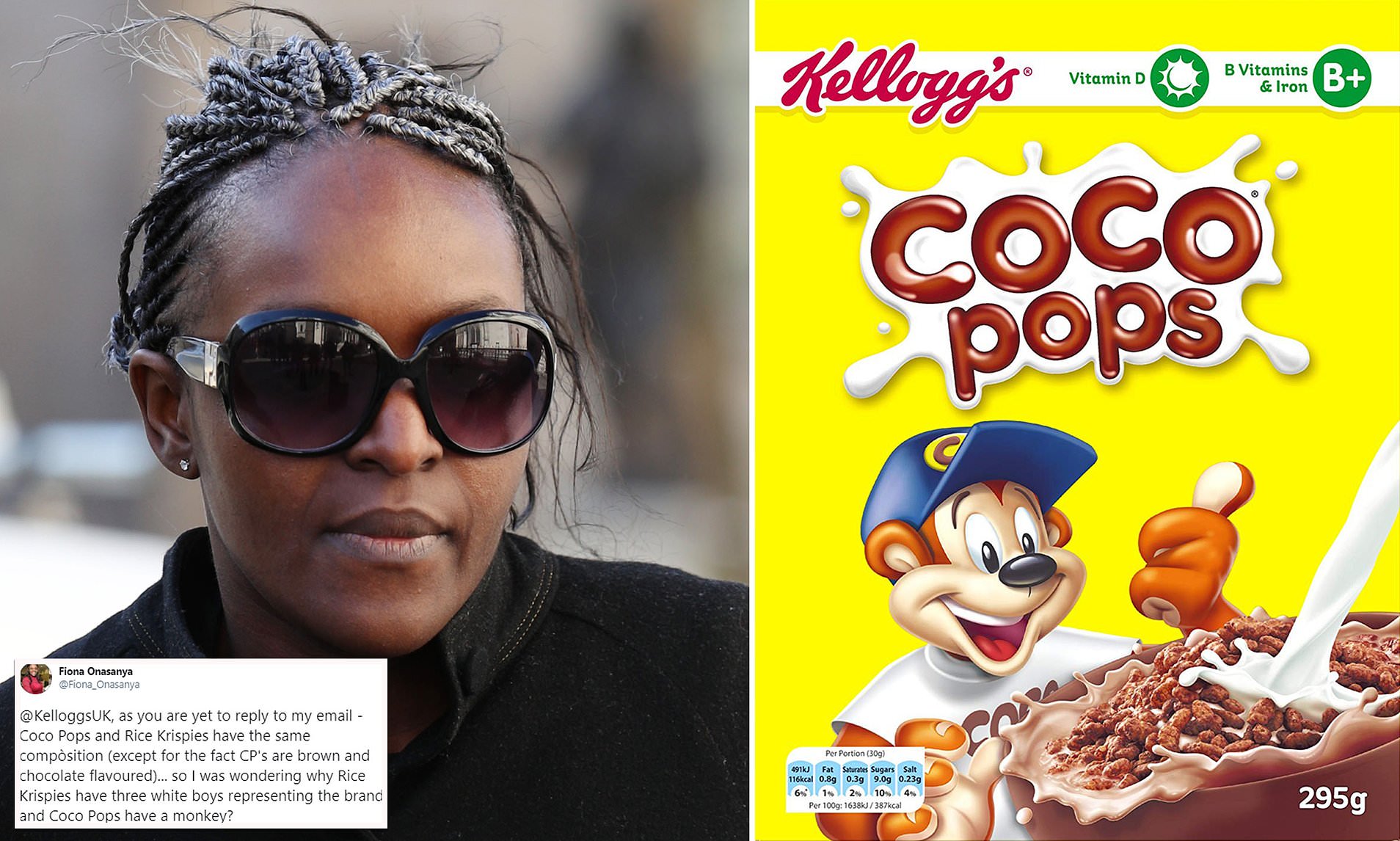 While recent events and the Black Lives Matter movements that followed will hopefully lead to positive societal change, it has also unfortunately encouraged some people to look for (and apparently find) racism where there isn’t any.

Former Labour MP Fiona Onasanya caused Coco Pops to trend on Twitter this week after she revealed she had emailed Kellogg’s UK office asking for an explanation as to why the Coco Pops mascot is a monkey:

Oh my days coco pops is trending because people claiming kellogs are racist for having a monkey on the front ! Pleasseeeeeeeee this is my child hood cereal ! I’m black I’m not offended it’s fineeee ! You lot are reachingggg now honestly 😭😭

Asif Coco Pops is trending because people are claiming Kelloggs are racist because they have a monkey on the box of their white choc cereal! The monkey is on the front of the Choc version too. Seriously stop looking for things, it is getting embarrassing now! pic.twitter.com/eDENsvVlz7

What is wrong with a monkey? My 4 year old daughter loves monkeys. Can we not have monkeys on cereal boxes?

If the people think Kellogs are racist because of the coco pops monkey, wait till they find out that Weetabix had a gang of skinheads as their mascot #cocopops pic.twitter.com/gLdVucu6n9

Kids seem to like animal characters on cereal packets for some reason. Can’t imagine why. Maybe we should make them all people instead? 🤔

You are such an amazing idiot. pic.twitter.com/VJPWV8trdJ

The cacao tree from which cocoa beans and hence cocoa powder is derived is native to the Amazon Basin where there are monkeys.

Also, why can we not buy milk of colour to pour on our Coco Pops instead of that white(supremacist) stuff?

I’M BLACK LEAVE KELLOGS ALONE!!! You are one of those black people that make the rest of us look bad. It’s embarrassing. If they issue any sort of apologie I’ll never ever buy from them again. Seeing all these black people go mental over everything is a joke!

Well it looks like most people aren’t taking the Coco Pops = racist theory seriously, which is a relief. Hopefully Kellogg’s won’t poop their pants and come out with some kind of apology or re-branding, which is what too many companies do when someone accuses them of this stuff.

It’s just another pointless culture war debate that sidetracks from the real issues at that moment – police brutality and legitimate examples of inequality within society. People are trying to fight real racism and you’ve got idiots like Fiona trying to remove a cartoon monkey off a cereal box. As if we don’t already have enough real problems to deal with.

For the time PETA claimed that milk is a symbol of white supremacy, click HERE.