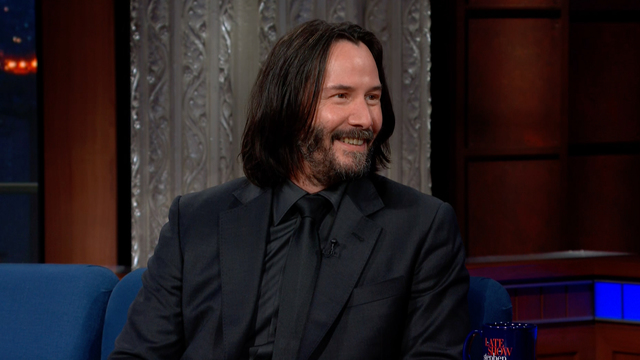 Words of wisdom straight from the Matrix.

Keanu Reeves has gone viral this week after appearing on ‘The Late Show’ and answering host Stephen Colbert’s question about what happens to people after they die.

A pretty deep question for a celebrity on a talk show, but Keanu knocked it out of the park with his response.

Keanu Reeves’ incredibly sincere, profound answer to Colbert’s question about what happens when we die is why he must be protected at all costs. pic.twitter.com/iB6nwUqDQJ

So simple, yet so true. I really wasn’t expecting that profound an answer from Keanu Reeves even if he’s always seemed like one of the safest and most thoughtful characters in Hollywood. He just seems like he doesn’t worry about anything at all – not even death.

You can watch the interview in its entirety below:

So yeah, Keanu Reeves proves once again that he’s one of the coolest dudes on the planet. Remember the time he helped out all those passengers when their plane made an emergency landing? What a dude.