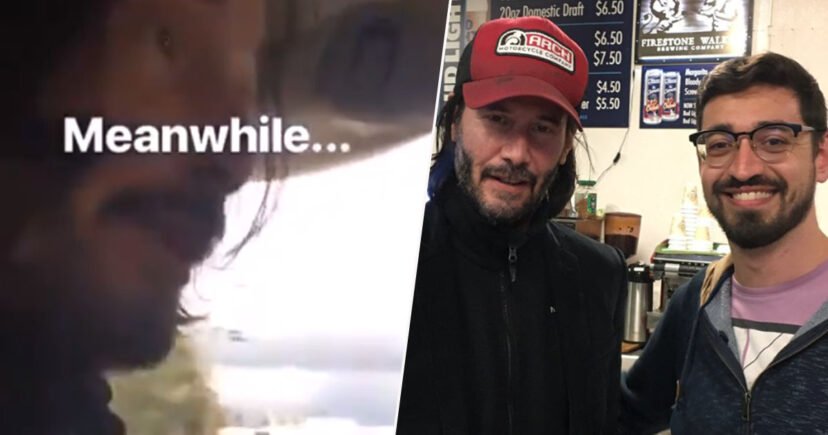 Keanu Reeves might not have a reputation for being the best actor, but he definitely has the reputation of being a great guy as there are enough stories about him performing random acts of kindness to confirm this.

Even by Reeves’ standards, this latest one is a doozy. It turns out he was flying from San Francisco to Los Angeles over the weekend when his plane almost crashed and was forced to land some 100 miles north of his intended destination. Instead of just ordering his own Uber or whatever though, Reeves instead decided to hire a bus and take all the passengers with him to Los Angeles instead.

It didn’t stop there though, Reeves himself decided to entertain the passengers with some trivia about Bakersfield on the way, as well as playing some music on the radio from famous Bakersfield bands (hello Korn). Then he told the passengers that it was a pleasure to meet them when they departed off the bus before he was dropped of at a Carl Jr’s himself – that’s a really dumb burger joint in case you haven’t heard of it

Thankfully, someone was on hand to record all of this so we have a video of this actually happening as well. Keanu really is the gift that keeps on giving:

keanu got stranded somewhere in california and had to take a bus instead of a plane and some guy filmed the entire experience and i am BEGGING yall to watch this pic.twitter.com/I1TmLOEYiK

That really is too dumb isn’t it? But it’s another reason why Keanu is one of the most down to earth and awesome film starts out there. Can’t wait for John Wick 3.

For more of the same, check him out being the classiest guy on the New York subway. Swoon.