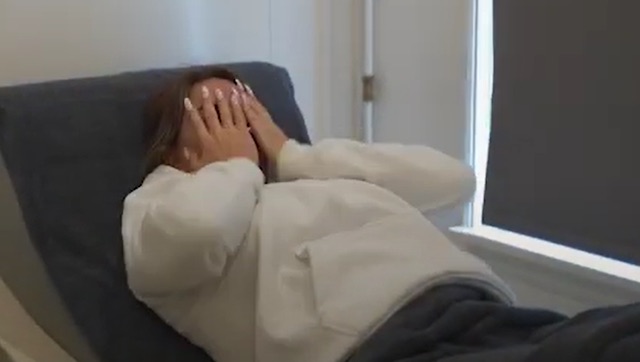 Can’t say that I’m ever really that interested in what Katie Price is up to on her YouTube channel, but I was intrigued when I heard that she was getting colonic irrigation live on camera for the latest episode because that really does sound like an absolute train wreck. Even more so than most of her content.

Apparently Katie has had colonic irrigation before, but this was the first time she used a machine rather than having a professional insert a tube up her ass and she couldn’t hide her excitement at this development:

I’m having my bum cleaned, my insides cleaned out.

Last time I did this was years and years ago, where a tube was up my bum and a lady was controlling water that went in me.

She held water, tight until there was awful pain, and released it – loads of gas and everything came out.

It’s a machine now and the whole process is very different.

Look at the tube! I’m letting it fill, ready… Watch!

I have to say, the second time is so much better than the first time because you get used to the movement of how much water intake you can have.

I didn’t find it more painful, but I was more daring. It’s really an amazing treatment.

I’m going to have another one next week because they reckon three in one week and then I’m going to maintain it.

Well – that wasn’t what I was expecting I thought it would be a lot more awkward and weird. Apologies if you actually watched the whole eleven minute video because it really wasn’t all that.

I suppose you can argue that Katie is doing the world a service here by displaying to us that colonic irrigation isn’t actually rank and can make you feel really good – dispelling the stigma around it if you will – but it’s probably also likely that this was a paid advertorial for whatever service she was using as well. Always the queen of making a buck.

For more of the same, check out these photographs of what comes out of your ass after a colonic. Disgusting.