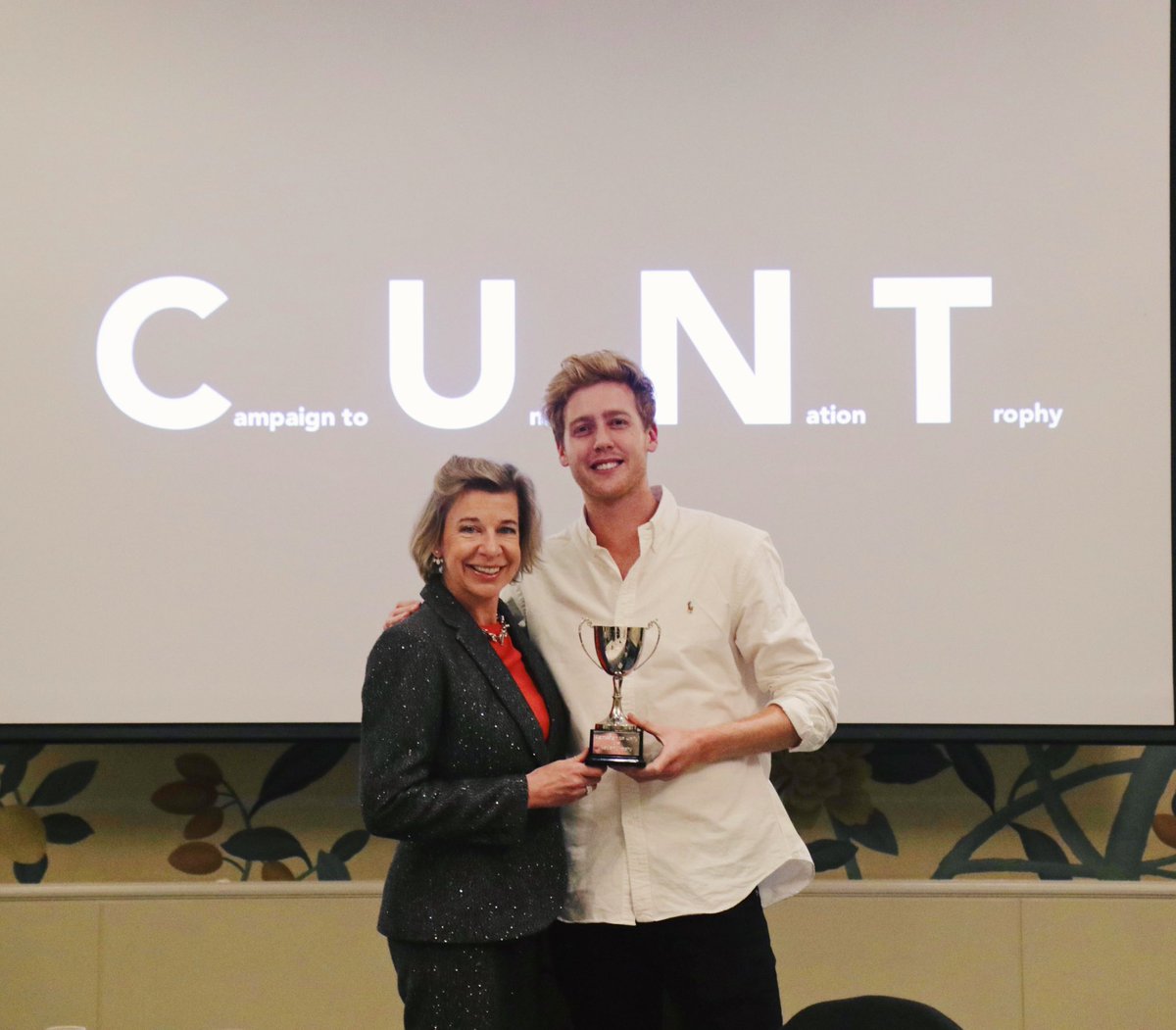 Oh dear. In what should probably be one of the best weeks of Katie Hopkins’ life with Brexit finally going down at 11pm, it looks like it’s turned into one of the worst after her Twitter account was suspended and it’s now been revealed that she has been tricked into receiving a fake award labelling her a cunt.

The scheme was masterminded by YouTuber Josh Pieters, who set up a fake company called The Cape Town Collective For Freedom of Speech and then invited Katie to an awards ceremony in Prague where she was presented with the Campaign to Unify the Nation Trophy. See what those capital letters spell out?

The video of the event is up below and is ten minutes long, but it’s definitely worth ten minutes of your time as Katie is completely oblivious of the fact that everyone is taking the piss out of her as Josh gives a speech listing all her achievements and she looks extremely proud of herself. She then gives her own speech with great quotes like ‘I am not used to receiving awards, it is strange, and it’s strange to hear nice things being said about yourself.’

Lol no m8 it’s actually just for a YouTube video rinsing you off:

Now that Katie Hopkins can’t read Twitter, I can tell you that on Monday I made her fly to Prague to pick up a completely fake award. Video up shortly. pic.twitter.com/8EeQsQX6U3

I mean that really is great isn’t it? I was thinking all the way through that it was a bit mean even despite Hopkins’ reputation as a twat, but then you see her speech at the end and just like Josh you’re like nah, it was totally and utterly deserved.

Can’t even fathom how much of a twat she’s going to feel once she sees this going viral. So good.

For more of the same, check out Katie Hopkins doing a weird impression of Meghan Markle. Awful human being.