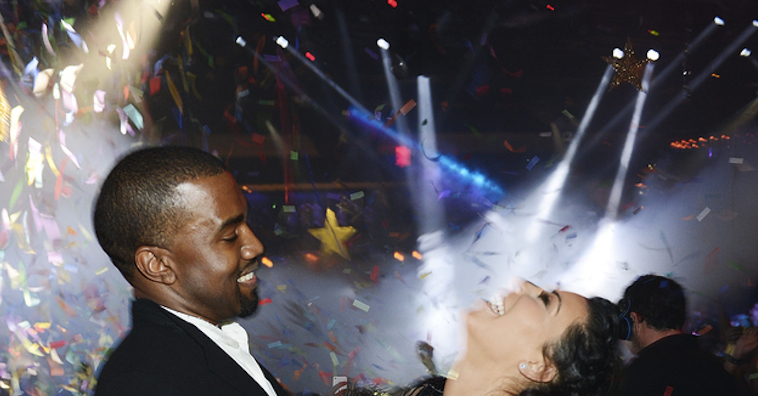 Nobody likes a photobomber but it’s probably even worse when some random dude accidentally ruins your perfect New Year’s Eve picture just because he’s so starstruck. Especially if you’re Kanye West and Kim Kardashian.

So yeah, unless you’ve been living under a rock over Christmas or have just been really really wasted ever day over the Christmas period (actually scrap that I got pretty wasted every day over the festive period and knew about this) then you probably heard that Kim Kardashian is pregnant with Kanye West’s baby and the whole word is super happy about it and there’s a new twitter hashtag #Kimye to celebrate it. Isn’t that just great? I’m still not exactly sure who Kim Kardashian is and why she’s so famous other than she had a sex tape at some point but how could I not be happy for Kanye West as it looks like he’s going to have a kid with the woman of his dreams. Oh yeah, because he’s a complete and utter asshole who does stuff like shout at Taylor Swift for winning an award.

But yeah anyway, from the looks of this picture it looks like Kanye West and Kim Kardashian were looking to get a really special picture on New Year’s Eve to celebrate their impending arrival or their first NYE together or just the fact that they were looking forward to a great 2013 together but some dude showed up in it and totally screwed it up. Like massively. Photobombing IS an artform and you have to be creative about it because pulling a funny face next to a celebrity just isn’t gonna cut it anymore when people get to see about 1000 pictures a day thanks to the internet.  This guy has got it down though, or didn’t even know he was photobombing them. Either way the result is killer because his head is in the perfect position to completely ruin the photograph and his longing gaze at Kanye West just could not be replicated, which makes me start to think that this is actually an accident and not an attempt at a photobomb. The piece de resistance though just has to be the confetti on his nose. The guy is so starstruck looking at Kanye West that he can’t even wipe the confetti off his face. What a little loser.

So yeah, this is an awesome picture and if you thought your NYE pictures sucked you were probably right and they probably still do suck but at least they don’t look as stupid as this one with that stupid guy in. Here’s a couple of versions of it so you can get a good feel for just how stupid this guy looks. The last one is my favourite obviously.

â˜› More: David Hasselhoff On ‘Whose Line Is It Anyway’ 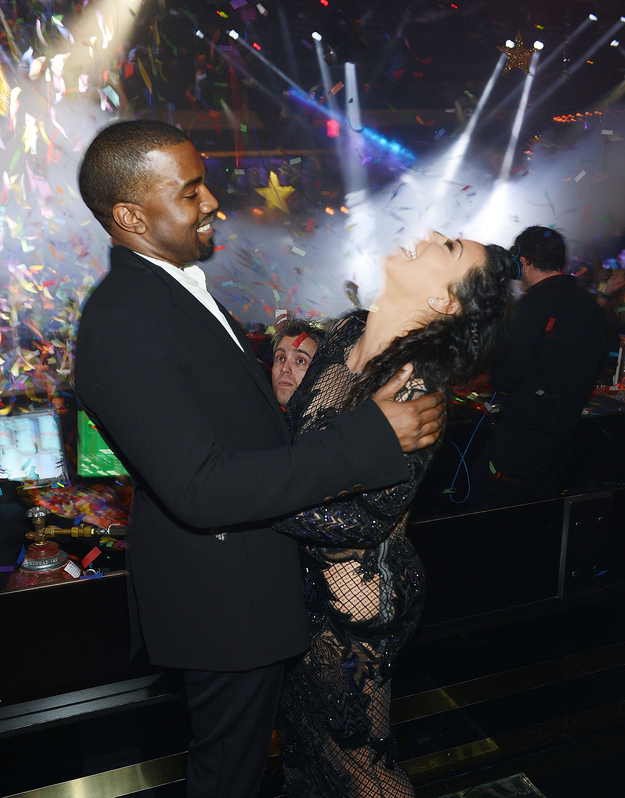 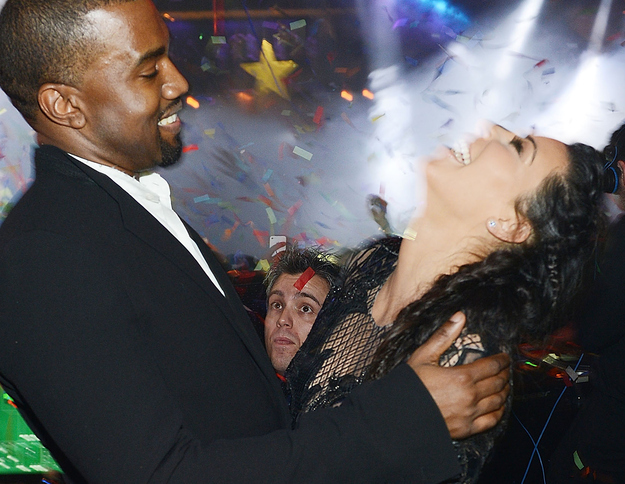 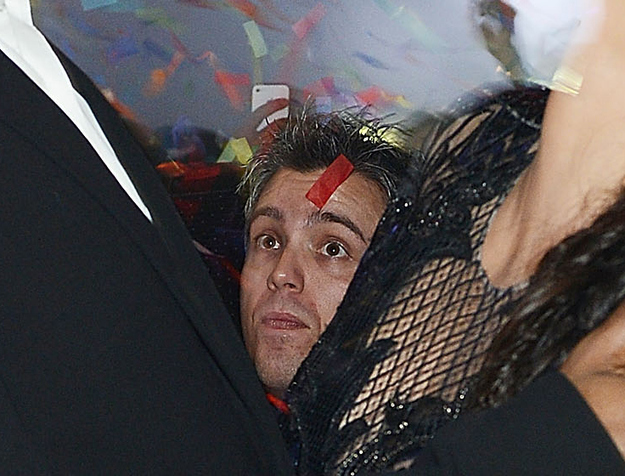 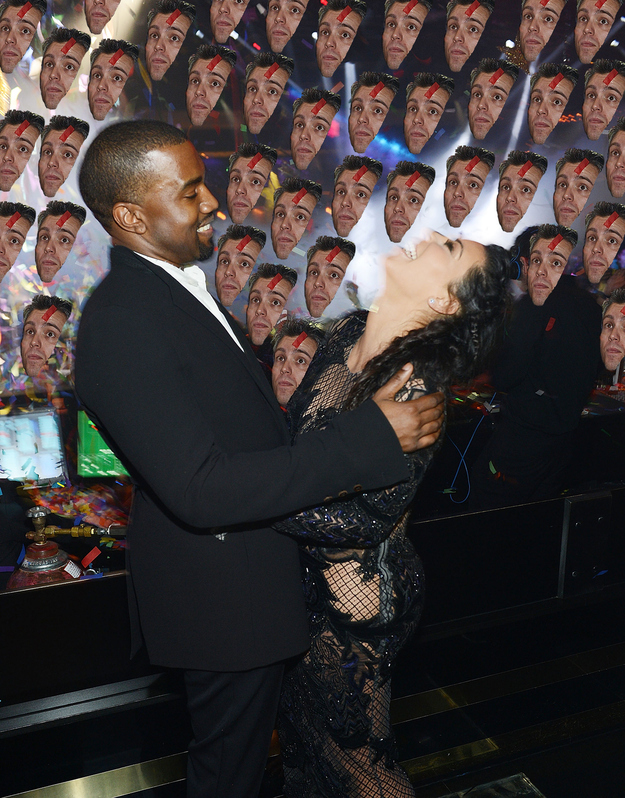