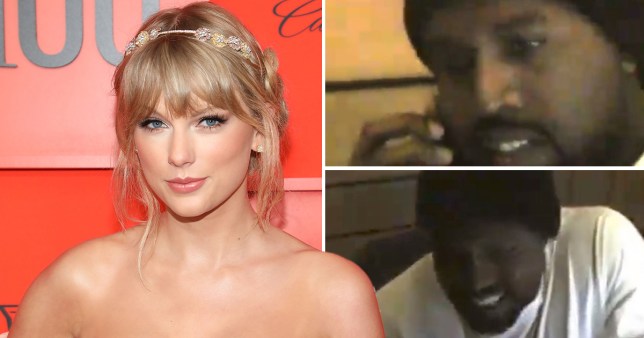 The truth always comes out.

Back in 2009, Kanye West famously stormed the stage as Taylor Swift, then a relative unknown, picked up an MTV award for best video. He snatched the mic from her and basically said Beyonce deserved to win the award instead.

They eventually made up but the beef was reignited in 2016 when Kanye West released the song ‘Famous’, which contained the following lyric:

For all my Southside n***** that know me best/ I feel like me and Taylor might still have sex/Why? I made that bitch famous.

Kanye claimed he had permission from Swift to say that, but Swift said that was untrue and she wasn’t happy about being called a bitch at all. Kim Kardashian then got involved and called Swift a snake for acting upset about the lyric despite the fact she OK’d it.

Well fast forward to 2020 and the phone call itself has finally been leaked and only one of the parties is going to feel vindicated:

She never lied or was a “snake.”

She was recorded illegally and manipulated by Kanye West and everyone owes her an apology.pic.twitter.com/nTZXrJo7yS

Whoops, looks like Kanye West forgot to mention the part where he calls her a bitch, which means Taylor Swift was telling the truth all along. Hashtags like #KanyeWestIsOverParty are trending everywhere now because Taylor Swift’s fans are so furious at him. And you just know these keyboard warriors have got a lot of time to cancel people now they’re in isolation.

Here’s the full 20 minute convo if you wanna watch that too. Wonder who leaked it?

Either way, the video for the song is seriously weird. Lyric comes at around the minute mark:

For the song where Kanye West admits he wants to have sex with all of his wife’s sisters, click HERE. At least he was honest there.