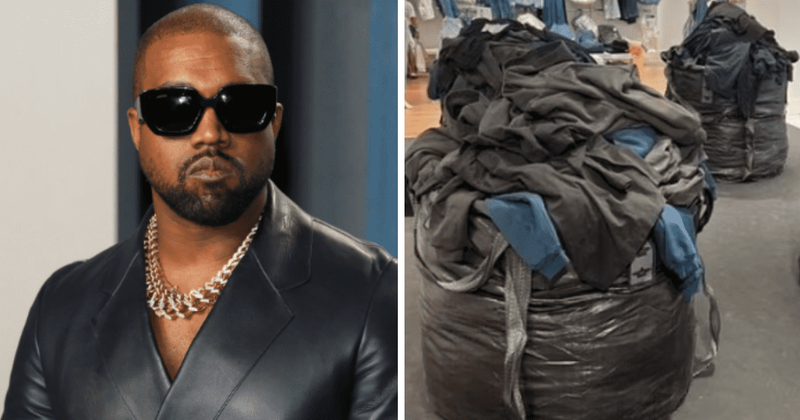 I think it’s fair to say that Kanye West’s mental health probably hasn’t been the best over the past year or so during his well publicised split with Kim Kardashian and multiple weird rants against her new boyfriend Pete Davidson, so is it surprising that he’s done something completely strange like release his new clothing collection in bin bags?

The answer of course is no, not at all – in fact it would probably we weirder if he didn’t come up with some stupid marketing strategy like this to release them at this point wouldn’t it? So yeah basically Kanye is apparently insisting that his new Yeezy Gap collection is sold out of bin bags on the shop floor with no real rhyme or reason to what style or size any of them are. That’s just so random and out there, you know?

Here’s a couple of photos of the collection at various Gap stores around the US:

Kayne is selling his new yeezy collection in trash bags💀💀😂😂😂
I’m not complaining about Em selling bricks anymore or the price after this 🤷#Eminem #CurtainCall2 pic.twitter.com/VdtgD8KLgQ

I guess you can’t ever accuse Kanye West of doing anything that isn’t worth talking about, can you? Not sure if anyone is saying anything good about this idea – reactions vary from ‘this is really unhelpful and annoying’ right through to ‘this guy needs to stop fetishising the homeless – but at least we all know about it. Don’t think he even really needs the publicity either as the stuff probably flies off the shelves anyway. What a maverick.

For more of the same, check out when Kanye said he wanted to have sex with Kim’s sisters. Maybe that’s why they broke up?