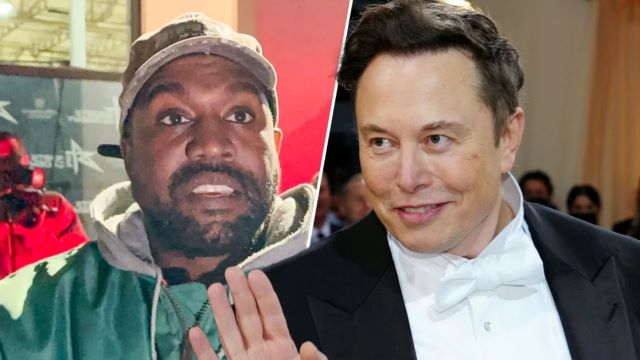 Days after being suspended from Twitter for sharing an image of a swastika, Kanye West has surfaced on Instagram to posit a pretty wild conspiracy theory: that Elon Musk is a half-chinese ‘genetic hybrid’ and that there are ’10 to 30′ more Elons in the wild. 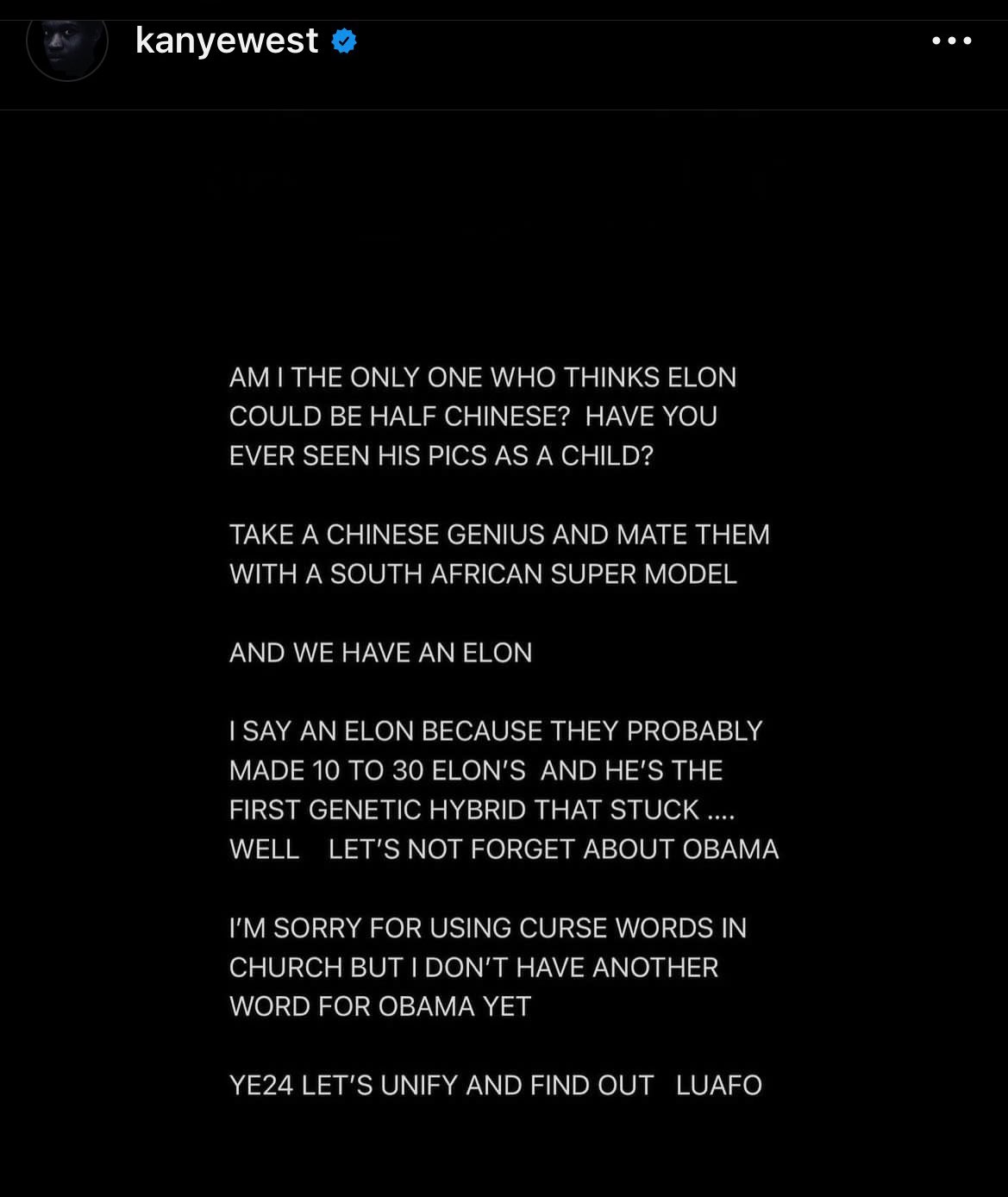 Not sure signing off with ‘let’s unify and find out’ is going to be too effective given he was literally bigging up Hitler the other day, but I guess we can’t downplay how delusional, conspiratorial and paranoid Kanye West is these days. Correct me if I’m wrong but I think he might be saying that Barack Obama is half-Chinese as well? Is Kanye about to take on the Chinese the way he did the Jews?

Then again, there’s every chance Kanye saw pics of Elon Musk’s Chinese lookalike and just came up with his theory that way: Or how about this guy – Elon’s dad or just another Chinese doppelganger? 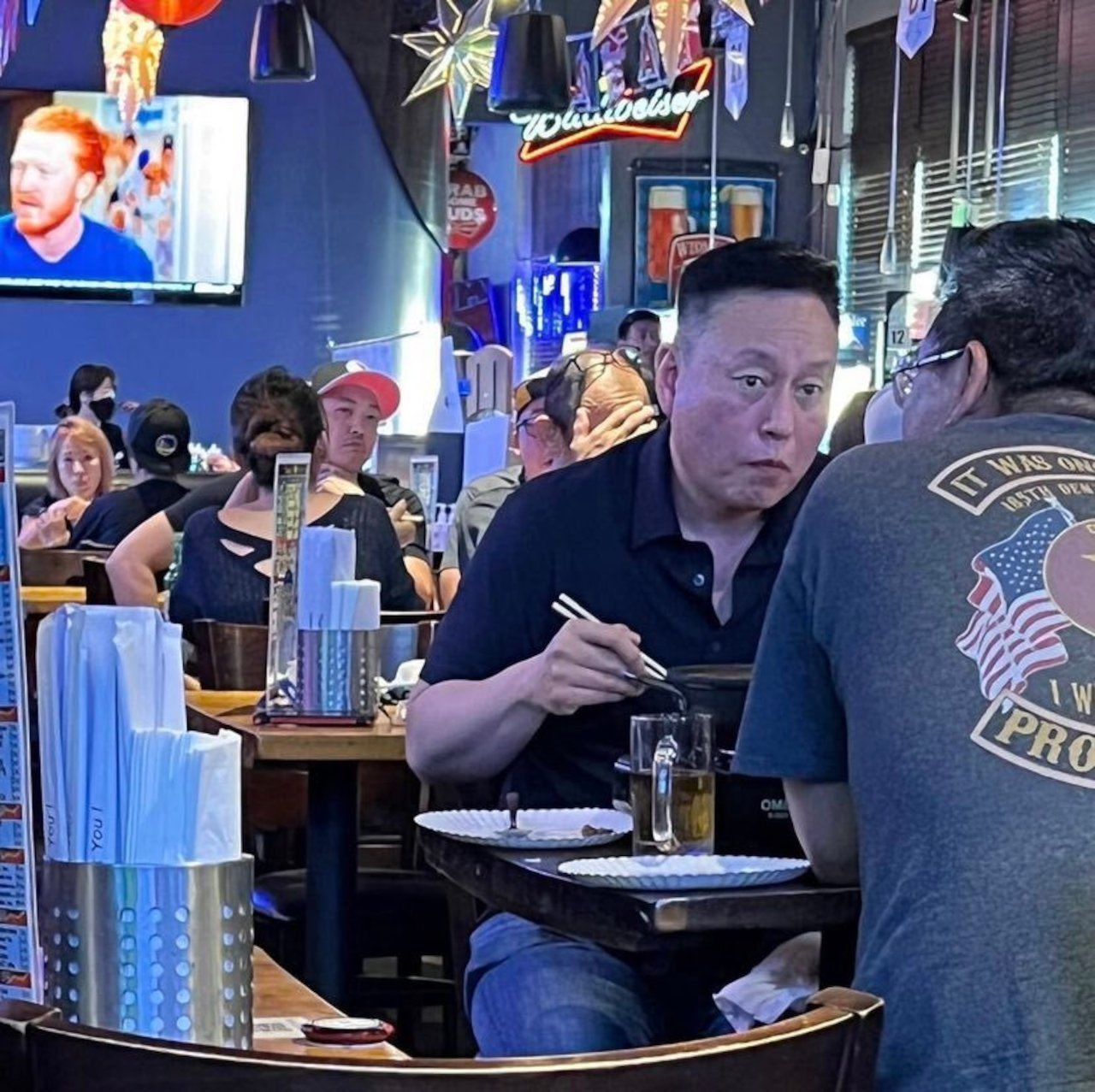 Still hopeful Kanye will break character and reveal this has all been some kind of Andy Kaufman-level prank on the planet, but unfortunately it’s more likely the guy’s mind is actually gone. You just know he’s going to do or say something even more wacky before the week is over too. Can’t wait?

The divorce settlement with Kim can’t be helping matters – ouch.