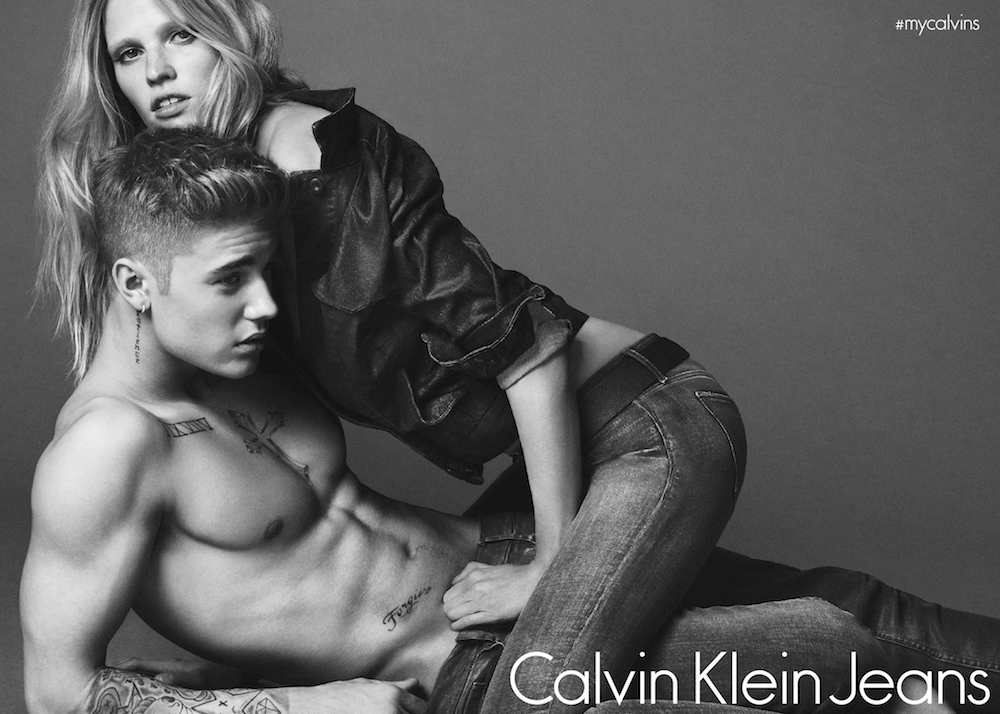 Whenever Justin Bieber is an ass, it’s likely that his Beliebers are likely to be even bigger asses.

Once again, they’ve outdone themselves by threatening to kill the model that he was involved with for a new Calvin Klein shoot. You probably missed that Justin Bieber is going to be the new face of Calvin Klein and that he’s been shooting some promo shots alongside model Lara Stone for a new campaign which is going to hit the streets pretty soon, but you can bet your bottom dollar that his army of Beliebers didn’t miss it and that they weren’t happy about it.

In fact, some of them were so unhappy that they threatened to kill Lara Stone over the fact that she was anywhere near Justin. Mainly though because she had her hands all over him and looked like she might pounce on him and make sweet love to him at any minute. On her Instagram account, someone even told her that she should go kill herself with a cactus immediately.

Here are a few of the most ridiculous tweets. We can only hope that these idiots grow up at some point and that none of them are actually psychopathic enough to actually harm this girl for just doing her job, admittedly very well.

At least Justin Bieber has broken his foot and fallen off a skateboard in recent days though.

@CalvinKlein @justinbieber @LaraStone I will kill you, Lol.

@justinbieber @LaraStone I really feel like you kill your bitch, I'm psychopath then step away from the MY bieber you bitch bitch

@LaraStone @justinbieber @CalvinKlein I want to kill you bitch 😐