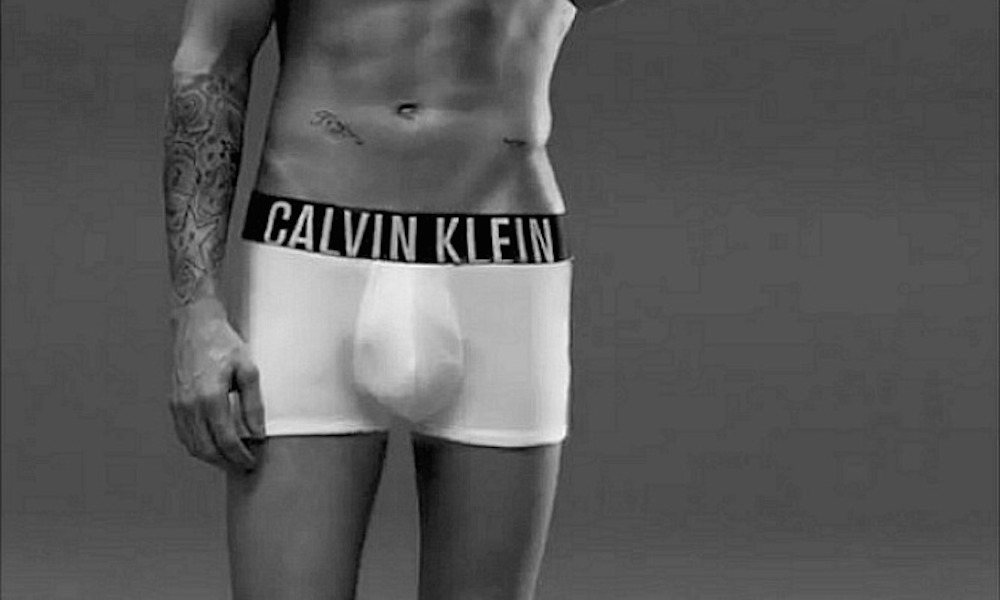 Did Calvin Klein make his bulge bigger? Find out for yourself…

At the start of the year there was a lot of commotion about Justin Bieber’s Calvin Klein advert and whether or not it had been Photoshopped to make him look like he had a way bigger dick.

At the time, the pictures that were released weren’t really that conclusive – even if it was Photoshopped there’s no real way of telling if any of the images are actually real or not because you can just argue that any of them may have been tampered with, even the ones that were allegedly the originals – but now a video has been released which shows the Photoshop process in reverse. We can now actually see what Bieber looked like before the photos were touched up and know that it’s the truth. Or at least as close as we’re going to get to the truth.

Are we surprised? Not really because this kind of thing happens with pretty much every photograph that’s ever taken that appears in a magazine, it’s just hilarious when you consider the fact that it’s Justin Bieber. He probably didn’t even have any say in the matter but it’s jokes to think that the little wiener begged Calvin Klein to make his dick look bigger in the advert.