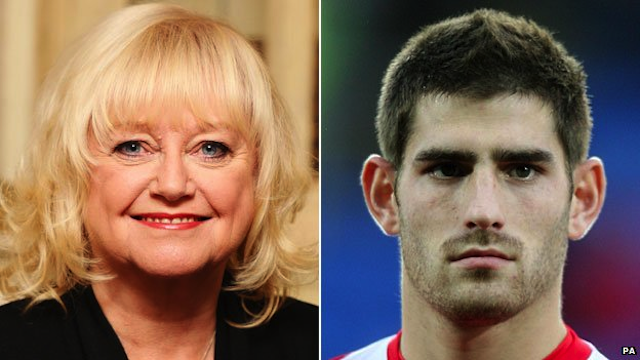 ITV presenter really put her foot in her mouth with this one.

Judy Finnigan has really put her foot in it – not quite as bad as when this presenter almost shot herself in the face with a nail gun – speaking about the impending release of convicted rapist Ched Evans from prison and his intention to go back and play for former club Sheffield United.

Here’s what she said on a recent episode of Loose Women:

The rape and I am not, please, by any means minimising any kind of rape – but the rape was not violent. He didn’t cause any bodily harm to the person.

It was unpleasant, in a hotel room I believe. She was – had far too much to drink.

And you know, that is reprehensible, but he has been convicted and he has served his time.

Now when he comes out, what are we supposed to do? Just actually refuse to let him do his job? Again, even though he has already been punished?

As you would probably expect, a load of people really didn’t like those comments and Judy was forced to explain herself as many thought that she was minimising rape and justifying it to some extent. She was forced to issue the following grovelling apology later on:

I absolutely wasn’t suggesting that rape was anything other than an horrendous crime and, as I said on the programme, I was in no way attempting to minimise the terrible ordeal that any woman suffers as a result.

The point I was attempting to raise as part of the debate was what should happen to someone after they have committed a crime and served their time?

I apologise unreservedly for any offence that I may have caused as a result of the wording I used.

I’m not even gonna weigh in with what I think about all this because whatever I say it’s definitely going to piss someone off and start a massive shit storm. 140,000 people have signed a petition to try and prevent Ched Evans from going back to play for his former club Sheffield United on his release from jail. Maybe people should focus on the horrific rape allegations made against Sam Pepper though, because what he might have done it a hell of a lot worse.