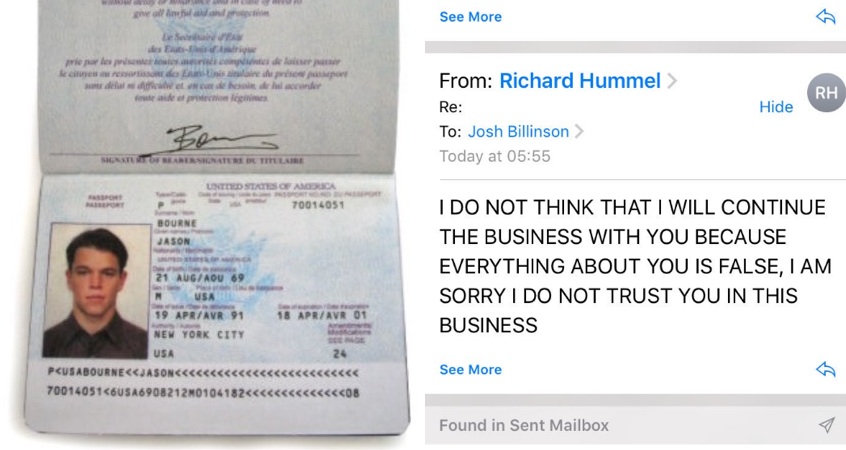 You know when you get those really dumb elaborate emails asking you for your account and passport details? Well, journalist Josh Billinson had been receiving these scam emails for some time before one day he decided enough was enough and chose to play them at their own game.

Josh is a political journalist, but he decided to take some time out from that (who can blame him?) to troll a mysterious businessman named Richard Hummels who was after his passport details. Here’s how it went down:

An email scammer kept asking for a copy of my passport so I sent him this and he is extremely upset about it pic.twitter.com/gEMFZUlvo8

GOOD NEWS: The business is over, but my friendship with Richard is forever pic.twitter.com/r9qVoj9N1I

Bizarre, although it’s nice that they can still be friends after all of that…

Seriously though, as always with these things it does beg the question of just who the people sending these emails are, where they’re situated and just what the hell they’re doing with their lives? Also is it even worth it because I can’t believe that there are many people who are actually dumb enough to send over their passport details? Surely not.

For more people trolling the scammers, check out this guy who wrote a program to call a group of scammers back 28 times every minute. Bet they enjoyed that.