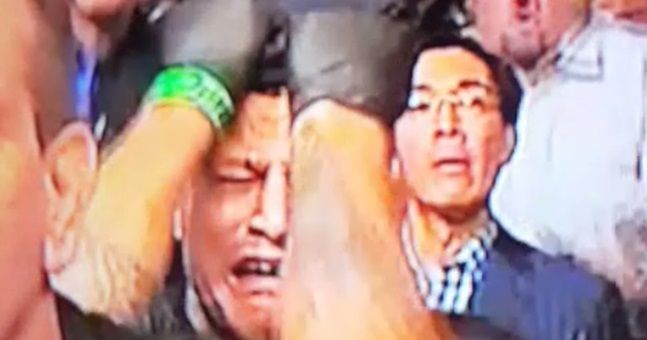 When you’ve been training for months and Conor McGregor knocks your guy out in 13 seconds.

So the big fiight we’ve all been hyping for months has come and gone, and it lasted all of 13 seconds. If you stayed up till 6am to watch it — hope it was worth it.

Wow. He looks like he’s just seen his entire family get mauled to pieces by a lion or something. But nope, he just saw his fighter get knocked spark out by Conor McGregor. Months and months of training just to get KO’d moments after the fight starts.

McGregor came out to some Irish music/Biggie mash-up:

Whereas Jose Aldo came out to Jay Z, Kanye and Rihanna’s ‘Run This Town’. Ugh, try be more uninspired mate, you can’t.

If you haven’t seen it already, check out this awesome documentary that charts Conor McGregor’s rise to where he is today.