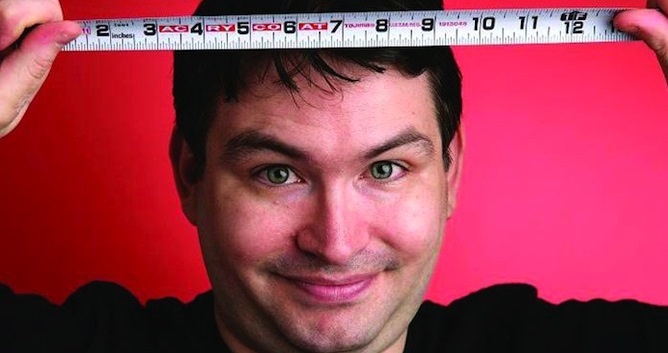 Jonah Falcon, the man with the world’s largest penis, has released a catchy pop song commemorating his legendary 13.5 inch wang.

Jonah Falcon, the man with the world’s largest penis, has released a single celebrating his 13.5 inch member.

â˜›It Could Be Worse: Man With Micro-Penis Gets Tasered By Cops At Coachella

Which makes a change, since every time we’ve seen this guy pop up he’s usually crying about his XL wanger and how it makes his life so difficult. Oh look at me, I can’t get a job because my giant penis is a perpetual distraction in the workplace. Look at me, I can’t board a plane without being frisked because of my humongous penis. Look at me, I can’t find a girlfriend because there’s no vagina big enough to contain the monstrous pink torpedo between my legs. Boo hoo hoo mate, why don’t you write a song about it?

Seriously though, it must be tough. This guy probably can’t even get an erection without passing out and waking up flaccid. I’m not sure why he hasn’t tried his luck in the smut industry yet, but apparently he offered his services to the TV show ‘Hung’ (about a man with a giant penis) but they didn’t even offer him a cameo! Crazy. Surely there must be loads of other things he can do? KY Jelly ads? Groin cups? I don’t know…

You can check out his new single below. It’s definitely an overly-poppy number, with really bad lyrics like “it looks so huge, that giant bulge in you/ a fantasy come true, I’m singing ooh ooh ooh”. In fact you could say Jonah Falcon wouldn’t know good music if it was a 13.5 inch penis clocking him round the face.