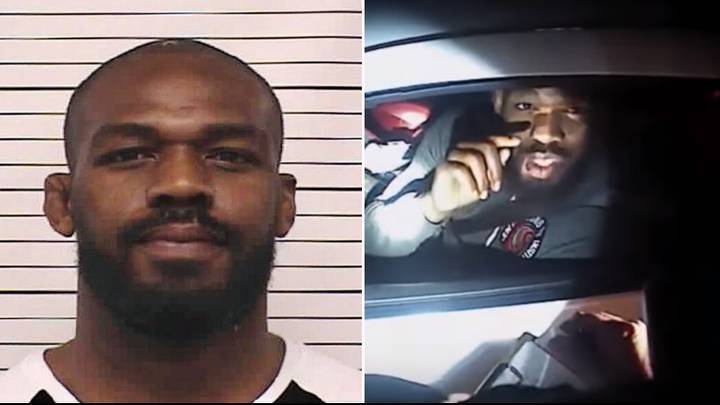 UFC star Jon Jones just cannot seem to stay out of trouble and it could have something to do with the fact he’s been let off with a slap on the wrist each time he’s been arrested for a DUI, assault charge, weapons charge and hit and run.

Well the UFC light heavyweight champ has caught another bit of luck following his arrest for driving while intoxicated earlier in March, and it involves 96 hours of house arrest… while he’s already in quarantine.

As reported by TMZ:

The reigning UFC light heavyweight champ has struck a deal with prosecutors in which he agreed to 1-year supervised probation. The sentence has not yet been approved by a judge but that’s just a matter of time at this point.

As part of the deal, Jones will serve 96 hours in a community custody program — which is a form of incarceration, but not in a traditional jail cell. We’re told it’s similar to house arrest. He will wear an ankle monitor, which allows authorities to make sure he doesn’t leave his residence unless he has permission.

Officials say Jones will be ordered to “complete a minimum of 90 day out-patient treatment, maximum fines and fees, community service and all other requirements of reporting to probation.”

Due to the COVID-19 pandemic, officials are allowing Jones to participate in the outpatient program via video conferencing.

As for the community service, Jones must complete 48 total hours.

Lol. Is Jon Jones’s lawyer Saul Goodman or something? How on earth do you put someone on house arrest while in quarantine? It’s especially surprising given what the judge said to him last time – that he won’t be going home the next time he finds himself in court:

This moment came to mind today. March 2016, the last thing the judge told Jon Jones when he left court that day in Albuquerque, after taking a plea deal on multiple charges. pic.twitter.com/dDxvEWGuuk

Turns out all he had to do was plead guilty again and boom – he’s basically free to go. OK sure reporting to a probation officer and doing 48 hours of community service is a bit of an inconvenience, but then he really should have taken his own advice when he Tweeted this:

I’m sure he’ll find a way to cock up again somehow, but I hope he at least tries to sort himself out this time. Need him back doing what he does best:

To watch Khabib Nurmagomedov drop a fan with a punch to the stomach (after the fan literally asked for it), click HERE.