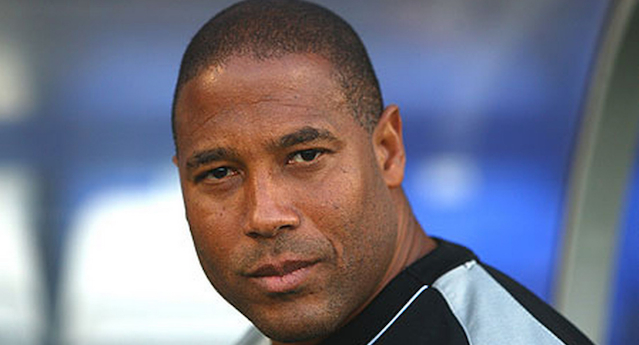 I thought that World In Motion was a relic of the 90’s and we would never see John Barnes behind the mic again, but he returned for a brief rap during a karaoke session at Mark Wright’s 50th birthday party.

I’m not sure how appreciated this will be because it’s going way back to when I was a little kid but it’s completely sick and stupid so I just had to get it up on here. Basically, if you don’t know for some reason, back for World Cup 1990 the FA (I guess?) decided that it would be a good idea for the England team to record a promo single to promote the World Cup and England’s efforts in it. I’m not really sure why they needed to do this because football is pretty much the biggest thing in England and every time there’s a World Cup/Euros that England are in the whole country stops but yeah, they did it anyway.

This was 1990 so hip hop/rap was just getting big and it was way before The Lightning Seeds probably even existed so we were left with a New Order song that featured some England players – including John Barnes – rapping. It was pretty ill advised and John Barnes’ rap is pretty cringeworthy and the lyrics when Bernard Sumner are singing are particularly terrible –  ‘beat the man, take him on’ – but somehow World In Motion managed to not be too awful and kinda cool at the same time. Mainly because of the ‘We’re playing for England, EN-GER-LAND’ but because quite frankly the rest of the song sucks although the John Barnes rap is really, really funny, only for the wrong reasons.

If you’ve never heard it you can check it out below. Even if you have heard it it’s probably worth checking out again for the hilarious video too:

Anyway, most people probably thought World In Motion was a relic of the 1990’s that sometimes got busted out when England made it to the knockout stages of a major tournament and that was it. Nobody really wants to listen to this at any other period and most of the time you’re probably gonna listen to Three Lions instead anyway. Everyone knows that.

Everyone except John Barnes that is. Fast forward to 2013 and for some reason he thought it would be a good idea to take to the stage at his good pal Mark Wright’s 50th birthday bash to rap along to it which is not only kinda arrogant but also really deluded if he thinks anyone is actually going to enjoy that for anything other than LOLZ.

John Barnes looks like he absolutely loves it with his stupid little dance and halfhearted crowd reaction. To be honest I’m surprised he can remember all the words because some of them don’t even rhyme and there isn’t really a flow but then he’s probably been waiting for this moment for 23 years or something, reciting them day after day in the mirror and doing that stupid dance. I really like the way the audience is enthused. Oh wait they’re sitting on the floor like it’s a kid’s birthday party or something.

I’ve enclosed that below for the sake of completeness but it isn’t really all that compared to the hilarity of the first clip, trust me:

â˜› The Dumbest Footballer Ever: Nile Ranger Gets His Name Tattooed On His Face