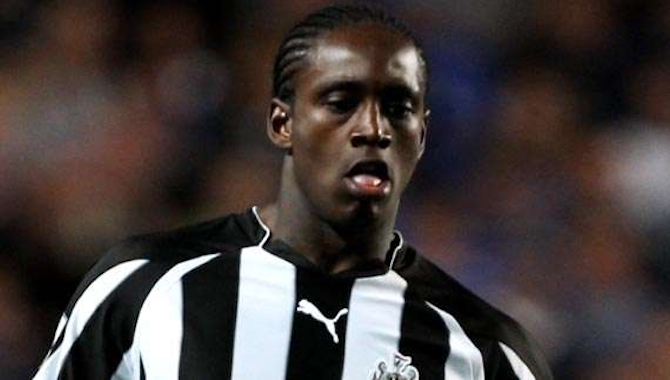 Nile Ranger is probably one of the dumbest/craziest footballers (ex-footballers?) ever and he’s proved it once again by getting his surname tattooed on his head.

Nile Ranger has got to be one of the funniest/most tragic footballers ever. I’ve never really seen him play and the only reason I really know who he is is because he got released from Newcastle with one of the dumbest records I’ve ever seen – more career arrests than goals – and because his Twitter account is a perfect example of why you shouldn’t give retards a lot of money and put them in the public eye.

I can’t find these actual tweets now because they were from ages ago, but I remember he ALWAYS, ALWAYS ALWAYS used to tweet about going to Nando’s with Sanchez Watt because he loved those wings. In addition to this he also tweeted a picture of his name spelled out in £20 notes and a picture of hims getting the inside of his lips tattooed. #ballin

Nile also said that he wanted the crowd at St James’ Park to have a song about him that went ‘Go Go Nile Ranger’ like the Power Rangers theme music. This sounded like a pretty funny idea in fairness to the guy but why the hell were they going to sing a song about him in the first place? He’d scored about three goals for them and was barely anywhere near the first team.

In case you don’t know about Nile Ranger – and to be fair why would you? He’s like a Z list footballing celebrity – he got released by Newcastle towards the end of last season because he was in trouble with the law AGAIN as he had been charged with rape. I’m pretty sure he doesn’t have another club yet but that hasn’t stopped him tweeting and being an idiot on Twitter, which was personified a couple of days ago when he uploaded a tweet of a new tattoo he got on his face of his name.

Now, I’m into tattoos as much as the next guy (OK maybe not that much but I certainly have nothing against them) but I think neck and face tattoos are the dumbest ever because they just make you look completely weird, especially if you haven’t got a job like Nile Ranger right now, and especially if you’ve got an upcoming rape trial. It’s even dumber when you’re getting your own name tattooed on your face, and it’s even dumber when it looks as though they’ve almost spelled it wrong. I mean that looks like Ranges and not Ranger right?

Anyway, look for Nile Ranger to continue to do completely weird things through his Twitter account @NilePowerRanger unless he gets sent down on August 21st which he probably will. Been nice following you buddy.

Is This The Stupidest Tattoo Of All Time?

The Best And Worst Text Tattoos 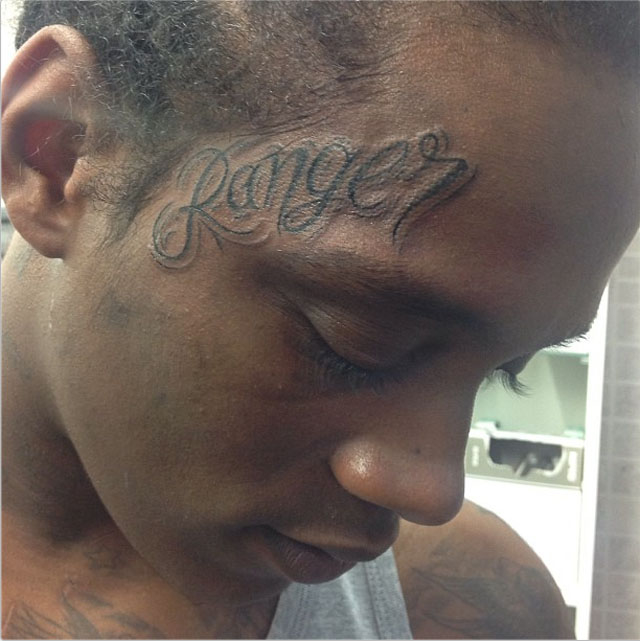