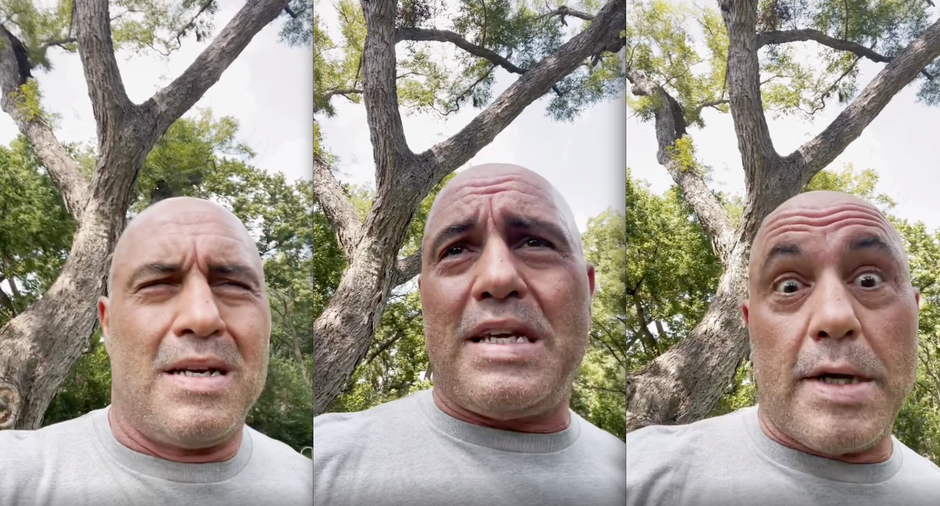 The video was posted to his Instagram late last night and has already been viewed 4 million times so you know, it’s already had a major impact all over the world. Joe reveals that he experienced fevers and sweats on the first night but thanks to taking a whole bunch of drugs/medicine that he prescribed himself after doing his own inimitable research, he was able to fight it off within four days. What a hero:

OK so a lot of people are taking exception to the fact that Rogan is saying that he took a bunch of Ivermectin on this video because the medical experts are saying that there’s no benefit for using it to treat Coronavirus. What a surprise – I wouldn’t have expected Joe Rogan to ignore medical advice and just do whatever he wanted when it came to treating an illness, would you?

Anyway, for those of you that haven’t heard of it, Ivermectin is literally used to deworm horses and has previously only been employed treat humans for parasitic infestations such as head lice or scabies. However, the fact that an initial study found that Ivermectin killed Coronavirus cells growing in a lab within 48 hours and India have actually mass prescribed the drug for its population in the battle against Covid means that people are desperate for it over in America, despite the fact that the FDA and CDC over have stated that there’s no medical basis to use Ivermectin against COVID in humans after extensive testing.

Despite this, a growing number of people overdosing and misusing Ivermectin, with some idiots even actively breaking into farms to find the veterinary version of the drug and injecting themselves with it, leading to major hallucinations, low blood pressure, vomiting, diarrhoea and two week hospital stays. With that in mind, you can understand why people are angry with Rogan for saying that he used it to beat Coronavirus, but if you want to listen to him and inject yourself with it then go ahead. Maybe try having a look at what the medical experts are saying about it too though before making your decision. Just saying.

For more of the same, check out Joe Biden getting involved and telling Joe Rogan off about his anti vaccination comments. Maybe they’ll have to do the same with this one.