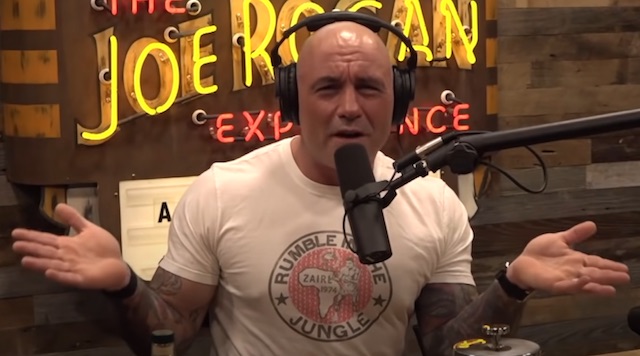 Can’t believe he backed down.

We talked earlier this week about how it seemed really stupid of Joe Rogan to tell young people not to bother getting vaccinated due to the fact that he has one of the biggest platforms in the world so people are obviously going to listen to him, but today he’s taken the surprising step of going back on his comments after The White House decided to get involved and call him out about them.

Here’s what Dr. Anthony Fauci, the director of the National Institute of Allergy and Infectious Diseases over in the United States said about Rogan’s comments:

You’re talking about yourself in a vacuum.

If you want to only worry about yourself and not society, then that’s OK. But you’re saying to yourself.

Even if I get infected, I could do damage to somebody else even if I have no symptoms at all,’ and that’s the reason why you’ve got to be careful and get vaccinated.

Well put. As a result of that, Joe Rogan then for once acknowledged his comments were a bit problematic and said the following in an attempt to clarify his thoughts:

I’m not a respected source of information, even for me … But I at least try to be honest about what I’m saying.”

I’m not an anti-vaxxer.

I said I believe they’re safe and I encourage many people to take them. My parents were vaccinated. I just said that if you’re a young, healthy person that you don’t need it.

These are not planned statements when I say something stupid.

OK so I get that Joe Rogan is popular because he’s the equivalent of your everyman who we can all relate to, but surely at this point in his career he has to realise that literally millions of people listen to his podcast and are going to be influenced by what he says, so maybe he should think about some of the dumb shit that he says before he says it? Or at least get some kind of editing process where you take those bits out? Just an idea there pal.

For more of the same, check out when Joe Rogan completely owned critics of his episode with Alex Jones. That was actually pretty badass.