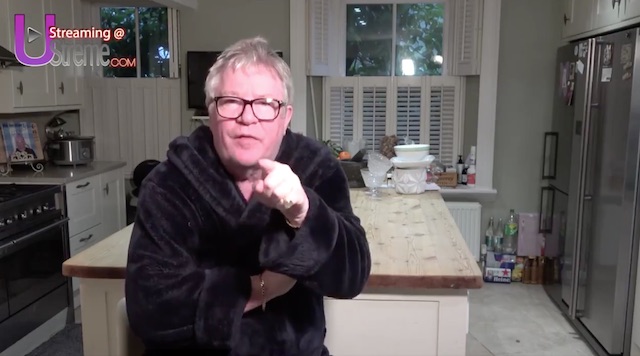 He’s not mincing his words.

A lot of people have been up in arms about Boris Johnson’s performance as Prime Minister throughout the Coronavirus over the past couple days as we passed 100,000 deaths in this country – the fourth highest in the world and the highest death rate per population – and called for his resignation, but Jim Davidson isn’t having any of it and recorded the following passionate and expletive filled rant in his kitchen this morning defining him.

Take a look below, but be warned if you can’t handle bad language or are a fan of Piers Morgan and Susannah Reid then maybe you should skip it:

I suppose you have to admire Davidson for his impassioned defence of Johnson there, but whether you’re Conservative or Liberal or Right Wing or Left Wing or whatever, I pretty much think it’s impossible to look at some of the mistakes Johnson has made and not concede that he’s made an absolute shambles of the situation. Even without thinking about it off the top of my head, you’ve got the U turn on Schools just recently, the Christmas debacle, letting elderly sufferers into care homes, the Cummings incident, not closing the border until a year after the virus hit etc etc.

If you can’t see that this could have been handled a bit better than I honestly think you’re blind, but clearly there are people like Jim Davidson out there that disagree with me. It’s all very well saying that Boris Johnson is doing his best, but his best clearly isn’t good enough considering how many people are dead and how many obvious mistakes he’s made in comparison to other countries. Just saying.

Anyway, more power to Jim Davidson I suppose and thanks for putting your point across so eloquently. Love that content.

For more of the same, check out this weird photoshopped picture of Boris Johnson calling Joe Biden. So strange.