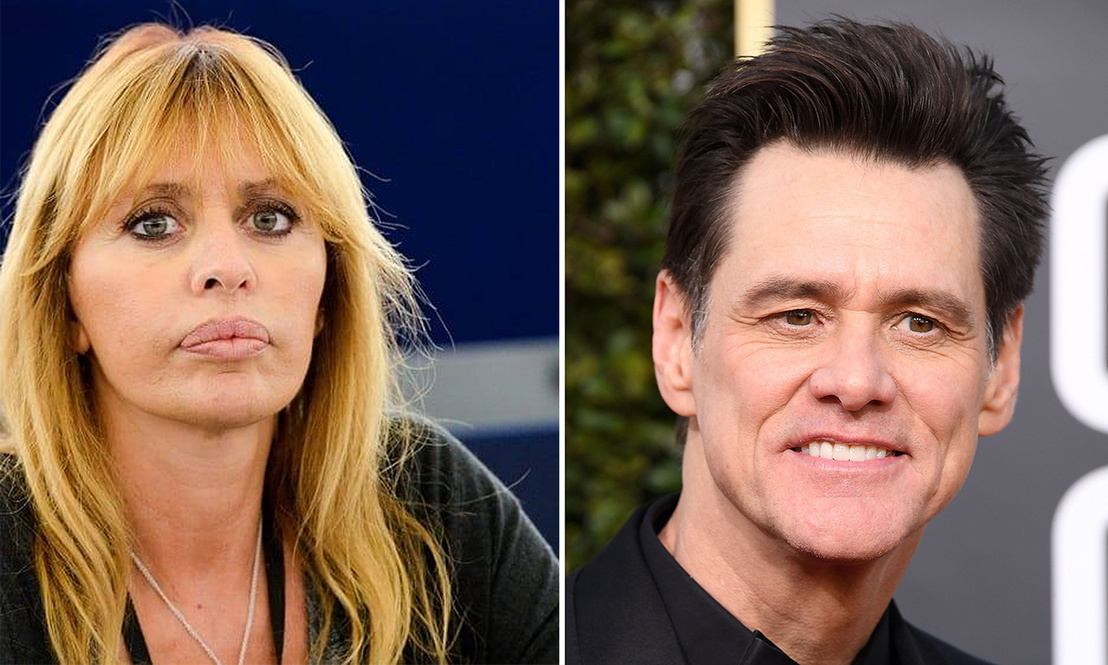 Jim Carrey has been painting weird political cartoons for a while now (mostly uncomplimentary ones of Donald Trump). They are objectively pretty impressive, no matter what your political beliefs are.

Most recently he drew this painting of fascist Italian dictator Benito Mussolini and his mistress Clara Petacci, whose bodies were hung upside down in Milan to confirm their deaths in 1945:

If you’re wondering what fascism leads to, just ask Benito Mussolini and his mistress Claretta. pic.twitter.com/uc2wZl0YBu

And the real thing: 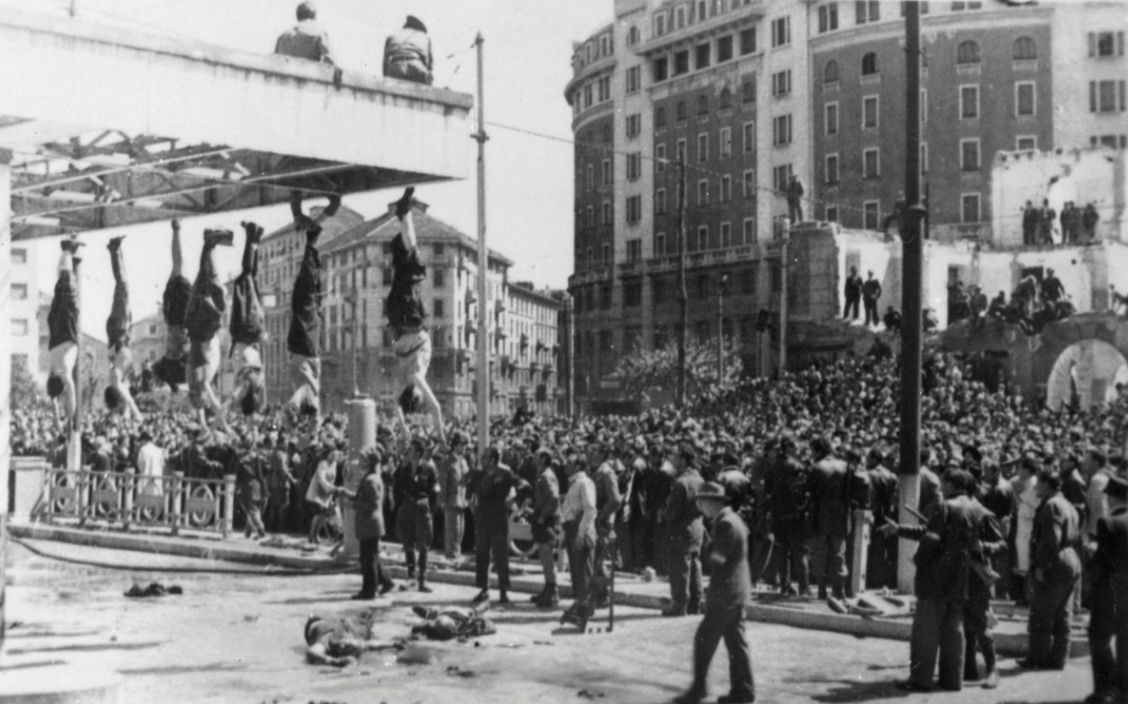 Mussolini pretty much appointed himself as Prime Minister of Italy by marching through Rome with 30,000 of his fascist supporters. He was responsible for over 400,000 killed during WWII and another 30,000 during the Italian invasion of Ethiopia.

He had total control of the press and put forth a massive amount of propaganda that painted him as some kind of legend, but in reality he was a ruthless, murderous, racist dictator. The Italian Kim Jong-un x 1000 basically.

So I guess that’s Jim Carrey’s problem with him and why he chose to rip him in cartoon form.

Unfortunately, Mussolini’s daughter Alessandra Mussolini was not happy about this at all and fired up a bunch of Tweets in his direction about how awful America is:

You are a bastard

Hi @JimCarrey now draw this for us pic.twitter.com/tDZ9RB1WLm

And now @JimCarrey draw this other … pic.twitter.com/0tfwUDImYi

Hi @JimCarrey do you know the history of #RosaPark? pic.twitter.com/tVbvqISt2N

Well I guess her point there is that every country has a history of oppressing somebody and so ‘people in glass houses’ and all that.

The best part though was that Jim Carrey’s fans came out in full force to defend him, and Alessanda came out with some brutal replies that are just great when you keep in mind that English isn’t her first language: 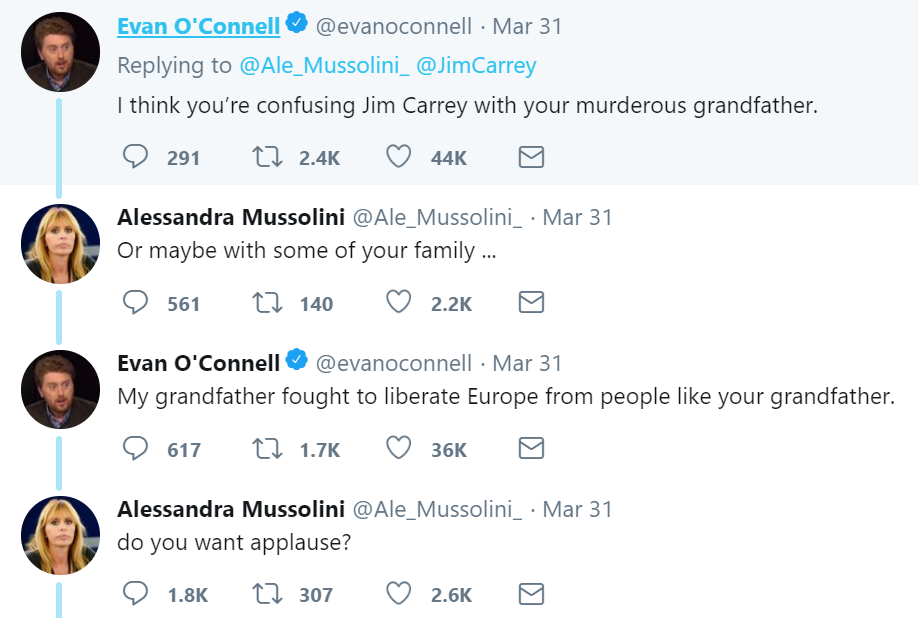 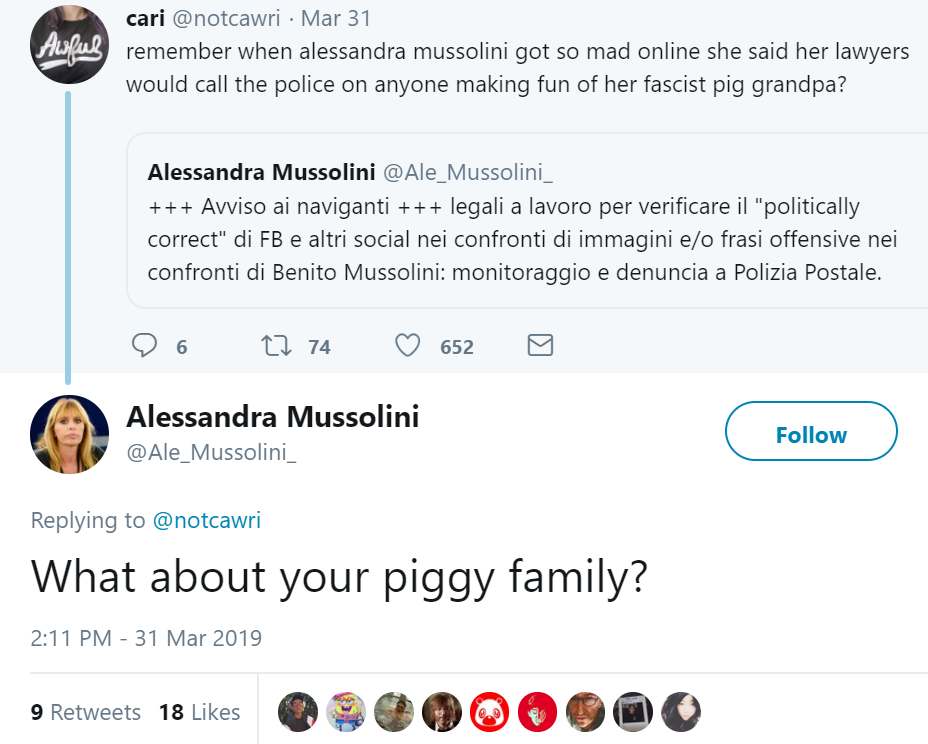 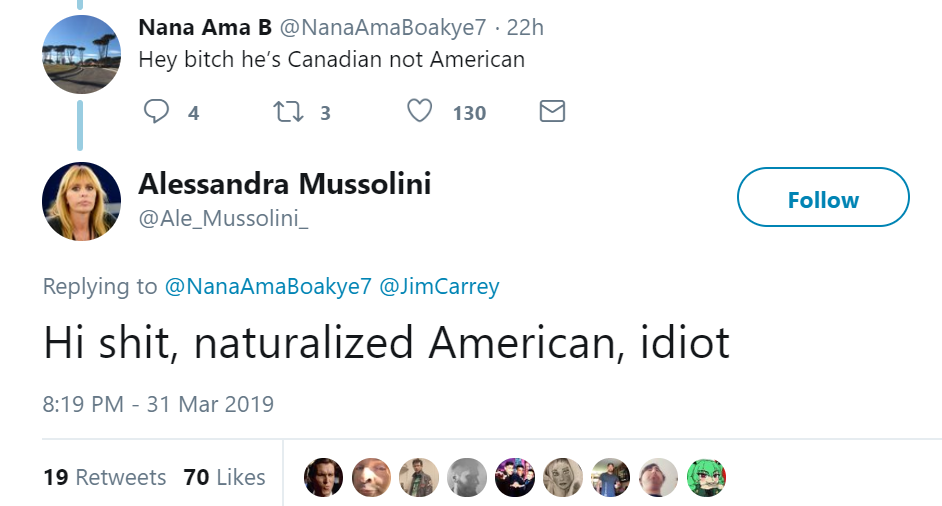 Must be tough being the granddaughter of one of the most awful human beings of all time, to be fair.

For an actually great video of Jim Carrey opening up about his battle with depression, click HERE.