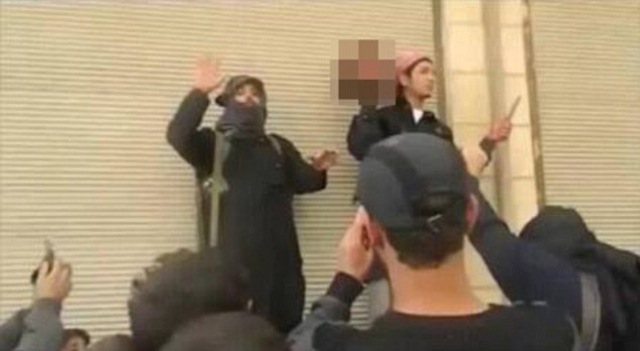 Al Qaeda-linked jihadists in Syria have apologised after admitting they beheaded a fellow rebel from another jihadist group by mistake, when they believed he was an Iraqi Shiite fighting alongside President Bashar al Assad’s troops.

The man had initially been found injured at a regime military base and was taken to hospital, where in his drugged up state he kept repeating the names ‘Ali’ and ‘Hussein’ — two hated Shiite imams. They assumed he was a Shiite fighter and decapitated him.

A video posted to the Internet 2 days ago showed two members of the Islamic State of Iraq and the Levant (ISIL) holding up a bearded man’s head in front of a crowed in Aleppo. If you’re sick enough to watch the video you know the type of places you should be looking.

“The ISIL admitted the rebel had been killed by mistake and said it had arrested one of its men, a Tunisian, for decapitating him. He was referred to their Islamic court.”

Syria’s conflict has so far killed over 120,000 people and displaced millions more over the last 2 years.