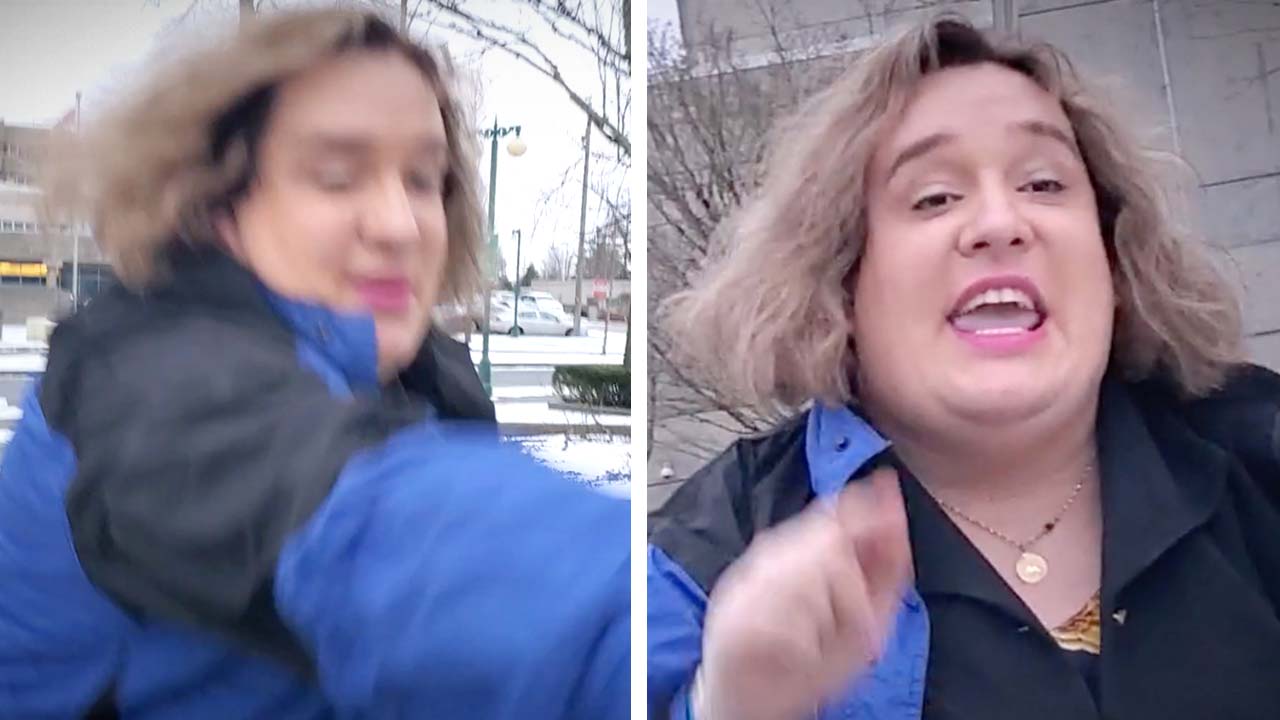 This is what it took to finally arrest this monster.

Over the last year we’ve written a whole bunch about Jessica Yaniv – the Canadian trans woman who sued several salon workers for human rights abuses because they refused to wax her balls, and who was also found to be chatting up underage girls online and asking them really perverse questions about their periods.

Somehow, Jessica had managed to evade arrest all this time, but it looks as though her time is finally up after she was caught on film attacking journalist Keean Bexte.

J. Yaniv just punched me in the back of the head. Just spoke to police. Luckily there are two security cameras directly overhead at the courthouse. I need an advil. pic.twitter.com/3hfm2CfYhq

Yaniv has been ordered to cease all contact with me, both directly and indirectly. I can’t wait for the day when Yaniv is put away for the long haul. He is dangerous and unpredictable.

Brutal bit of misgendering at the end there which I’m sure will have Yaniv rattling the bars of her prison cell in fury. Yaniv has now been charged with assault and will appear in court in February.

It’s pretty mental that this is what it took for Yaniv to be arrested, and not her extremely dodgy internet history or the fact she pulled a taser out during an interview with Blaire White. Exactly the sort of person that gives regular trans folk a bad name. In fact from what I see on Twitter people are wondering whether Yaniv is genuinely trans, or just a man identifying as trans in order to take advantage of young girls and live out his predatory dreams. Well it’s certainly possible. Should probably be psychologically evaluated at some point now that it seems authorities have clocked onto her.

To hear from one of Yaniv’s 15-year-old grooming victims, click HERE.