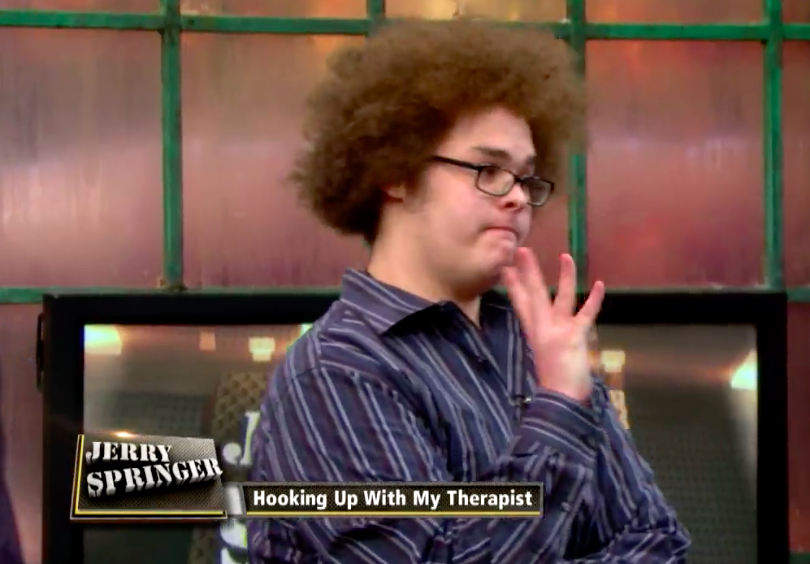 Jerry Springer is well known for being the king of trash television and to be honest I’m kinda surprised that he’s still making new episodes because surely he’s made enough money by now and doesn’t actually need to do it anymore. Maybe he just enjoys it so much he can’t tear himself away I suppose?

Anyway, he’s still making TV shows and he’s still coming out with great content like the video that you can see below that has one of the best twist endings I’ve seen on one of these shows in a long time. Probably better just to let you dive right in without knowing too much about it:

Damn, I didn’t see that coming. Kinda gutted that it cut off then because there’s so much more I want to know about it – was this just a set up from the two guys to embarrass Harley on national television? How long had Raven and the other dude been banging each other? What was the mentality behind it all? So many questions.

For more of the same, check out this story from the show about a transsexual cutting off her own legs because she didn’t like them. Yeowch.