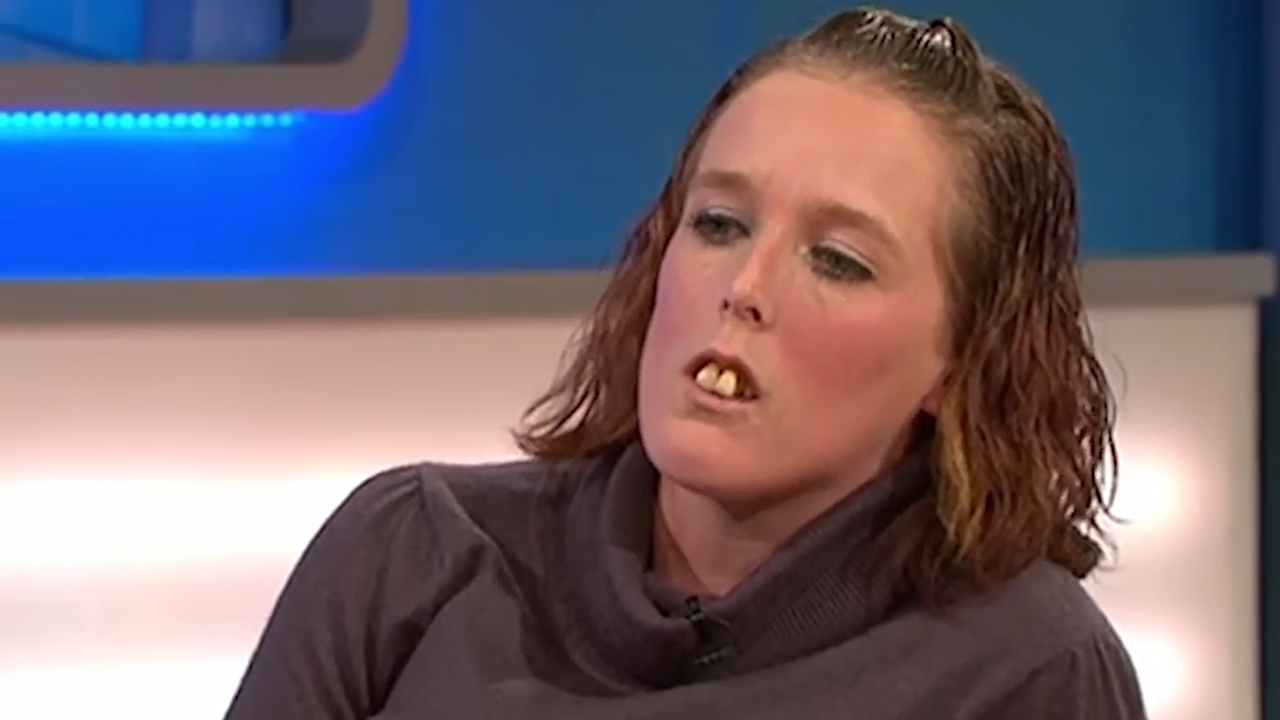 “I’m really glad I went on the show because I managed to get my teeth sorted.”

Of all the guests to have sat opposite Jeremy Kyle’s gibbering face over the years, one of the most iconic has to be Gemma Swift, who was made famous due to her rather unfortunate set of gnashers.

Now that the show has come to an abrupt end after a guest committed suicide, the 33-year-old said she has “no regrets” about her appearance – despite being ruthlessly mocked for her teeth.

As Gemma, from Crawley, West Sussex, explained when she first took to the stage, her teeth were left wonky after she accidentally walked into a lamppost when she was younger. Easy mistake to make.

The backlash she received was so severe, she ended up feeling too scared to leave the house. That’s where Jezza and the ITV heads came in, as they ended up paying £10,000 for Gemma to have her teeth fixed. And although she didn’t receive any aftercare for the bullying, she’s glad she went on the show:

After the show it was quite bad. I got even more hassle particularly online because of my teeth, but I also got a lot of positive comments from people saying they wouldn’t judge me.

There was no after care or counselling from the show. After my first appearance, the only time I heard from them was when they called about my new set of teeth.

I’m really glad I went on the show because I managed to get my teeth sorted.

I was really happy when they told me they were going to help me with my teeth. They paid for a car to take me up to Manchester for the treatment.

When I went on the show again Jeremy was really nice, I was offered no counselling after the second time but I felt okay about it.

I still get a lot of trouble when I go out, so I don’t go out that often. People will come up to me and say ‘you’re that girl from Jeremy Kyle’ and now I just look at them and smile and say ‘yes I am’.

While it’s great Gemma got her teeth sorted, it’s pretty shocking she never received any help dealing with the bullying. Particularly since they would’ve made a pretty penny from the ratings. 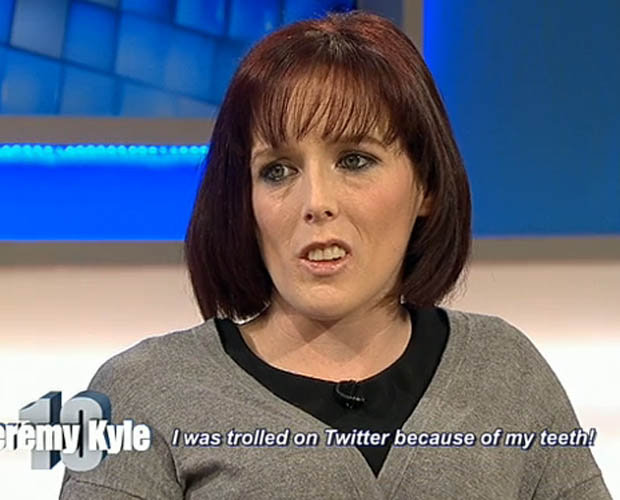 But the story doesn’t end there, as further allegations suggest the producers even tried to rile the guests up in order to ramp up the dramatics. To give you a little background, Gemma was initially asked to go on the show by a current partner’s ex-girlfriend. She said:

The show called me and told me all this stuff she was saying about me – horrible stuff like she was going to knock my teeth down my throat and that I should brush them.

A lot of it was tit-for-tat. I would say one thing and she would say another. It did feel like they were winding me up.

Before I went out they were saying how I should go out there and give her a piece of my mind.

They were saying ‘make sure you say what you need to say because she’s really slagging you off’.

I think they were saying it to wind me up so it would make a better show.

Yikes! It’s shocking to hear but not all that surprising – the series has been taking advantage of people for years. Now that it’s finally come to an end, hopefully Gemma can move on and start to enjoy her life.

For more on why the show got cancelled, click HERE.