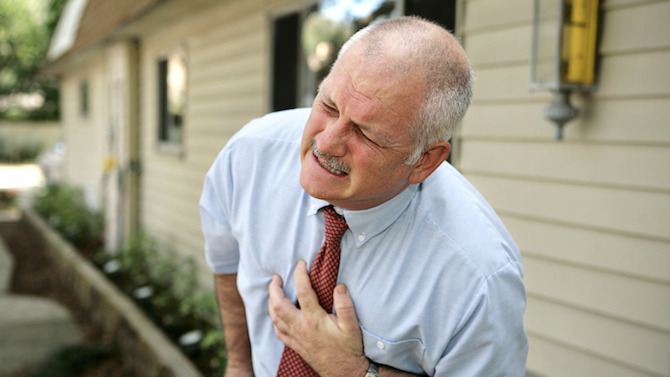 This sounds like something that might happen in an episode of Fools and Horse or something, but it’s actually been happening in real life for the last five years.

This one goes out to Simon Lewis who alerted us to it and also said that it was a bit like an episode of Only Fools And Horses called Chain Gang, although I’ve never seen that so I’m not sure if it’s true or not. I’ll take his word for it though.

Anyway, basically there was this dude called Jeremy Heath who fancied himself as a bit of a conman but instead of doing a really big con and getting loads of money he just decided to prey on restaurants all over the north. His ruse was simple – he would order food and some drinks, eat it and/or drink it and then fake a heart attack so that he didn’t have to pay for the food. Paramedics would then be called to the scene and take him away in an ambulance and he would be assessed at a local hospital before being discharged when they found out that nothing was wrong with him. Genius huh?

To be fair, the dude does have a bit of an advantage over me or you trying to do it as he has cerebral palsy and uses a wheelchair, so it would probably be a bit more believable if he suddenly had a heart attack at a restaurant than if I went into my local Wetherspoons and started writhing around on the floor. Of course this isn’t to say that people with cerebral palsy are all weak and susceptible to heart attacks before anyone gets all righteous on my ass, just that it’s probably easier to fool people with that as your cover story.

Also, this probably takes my comment in the opening paragraph about him pulling bigger scams off the grid, because I mean if you’re in a wheelchair than you aren’t gonna be able to pull may cons off unless you’re the mastermind or you’re just doing street crime like this guy was, so fair play. Here’s a picture of him so you know to watch out for his games if you ever see him in your restaurant:

â˜› More Scams: How To Get A Free Train Ride 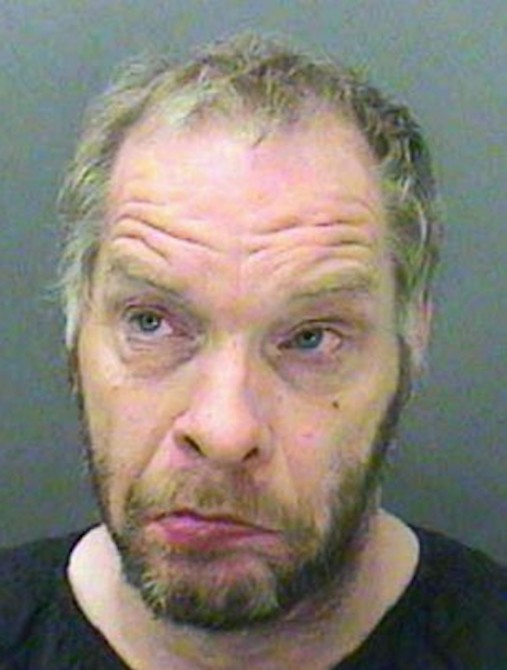 To be fair as well it was a pretty decent scam considering his circumstances – all that food probably added up to quite a bit (the cost of eating out is getting more and more expensive don’t ya know) especially when he was necking pints of Stella down with it. Most of the restaurants that got stung by him reckoned that he would have at least five or six pints along with whatever food he was getting.

One place even said that he had six pints when he went in and ordered a full English breakfast at 10am in the morning.  That’s some serious drinking. But I guess if you don’t have to pay for it then it’s chill. Other reports include one of him downing a pint whilst he was waiting for the ambulance to turn up after he had faked a heart attack (LOL – how did nobody see that and figure out he was faking it? Idiots) and also of him faking a heart attack during breakfast and then going for lunch, drinking some more and faking another heart attack to get out of paying for that meal too. Ridiculous, but pretty sick he got away with it for so long.

This guy is probably an alcoholic and a serial conman and to be honest although he’s been quite a sickhead about this he’s also a bit of a prick. I mean I guess it can’t be that much fun having cerebral palsy but there are a bunch of people here (including Walter White’s son – who knew he had cerebral palsy in real life?) who have the condition and have managed to do something with their lives rather than be a complete prick and get pissed for free all day on someone else’s pay cheque. To be fair that doesn’t sound that bad, but then you realise you’re a liar with no friends then that probably isn’t that great.

The law finally caught up with Jeremy Heath though, and after a five year spree of terrorising restaurants in Manchester, Blackpool and Carlisle amongst other places – not being a dick but it seems like he got around a bit for a guy in a wheelchair withe cerebral palsy, right? – he has been jailed for a grand total of six weeks. Great.

I doubt that this will really make a difference to what he’s going to do in the future as he’s already been jailed for a week before in the past and he has kept doing it, and realistically what else is he going to do? From what I’ve read it looks like he’s an alcoholic without any money with a surefire way to keep getting boozed up for free. He’ll probably just move to Scotland and start doing it up there. The dude’s just a killer. I can’t see him stopping for anyone.