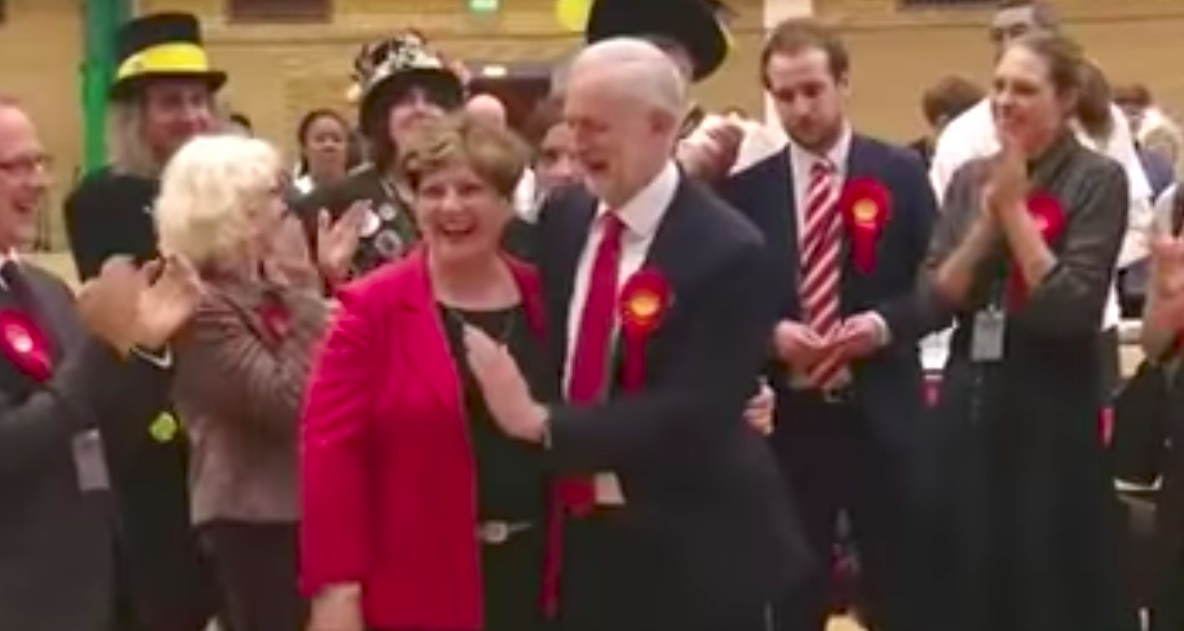 Following the general election results, Britain is facing a hung parliament unless a coalition can be formed, as no party is able to secure the majority in parliament.

One person who did better than we could have expected was Jeremy Corbyn, who blasted Theresa May in his victory speech, as Conservative support has appeared to fall across the country. Although with a campaign like the one she just gave and her consistent U-turns and apparent instability, it’s no surprise really.

If all goes well and Labour forms a minority government, then there’s only one thing Jezza needs to work on and that’s his high-five. Last night while celebrating a result in his Islington North constituency with Emily Thornberry, he totally misread her finger point and ended up awkwardly high-fiving her boob:

Well that hideously awkward and yet overwhelmingly cute all at the same time.

Anyway, only time will tell what is going to happen with regards to the running of our government. If the parties do not come to an agreement and we end up having another election, I really, really do feel for poor Brenda.