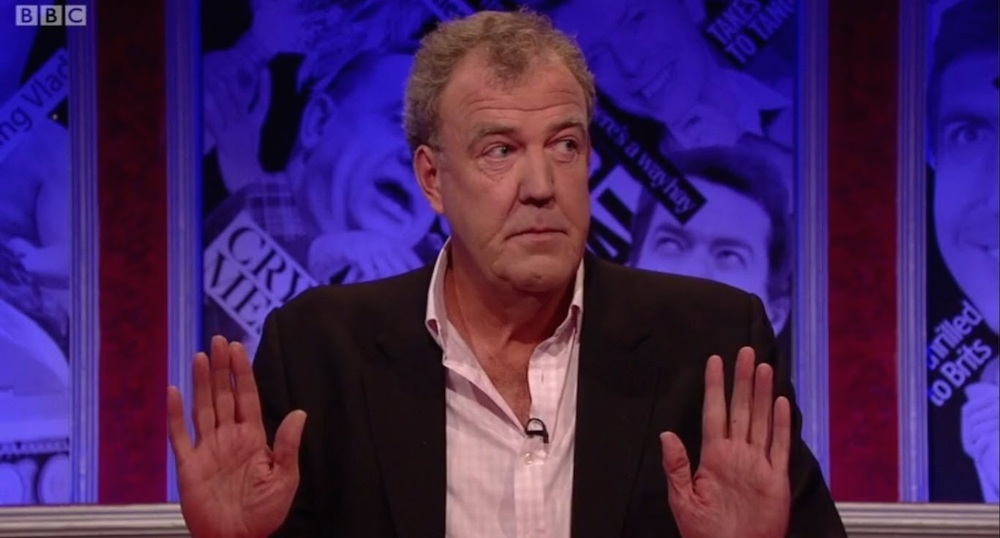 As you’ve no doubt heard, Jeremy Clarkson was sacked from Top Gear at the end of the month and it was thought that we wouldn’t see him again until he made a deal with some other channel for a new driving show, along with Richard Hammond and James May.

That’s completely wrong though, as he’s actually going to show up on the BBC again even sooner than that. It turns out that he was booked in to present an episode of Have I Got News For You on April 24th, and even though his Top Gear contract was not renewed this apparently doesn’t mean he’s exempt from making appearances on the BBC.

That’s kind of a ridiculous policy, but it probably does ensure that Have I Got News For You will probably achieve it’s highest ratings ever, and will probably actually be a pretty good show as everyone involved lays in Clarkson for getting fired. Hopefully he loses the plot like Huey from Fun Lovin’ Criminals did a year or so ago and smashes his mug and walks off stage.

Here’s a really old video of Clarkson doing another stint hosting the show to give you an idea of what it might be like. Check out his potential (awful) replacements for Top Gear too while you’re at it.